If You Tell Me Yours, I'll Tell You Mine 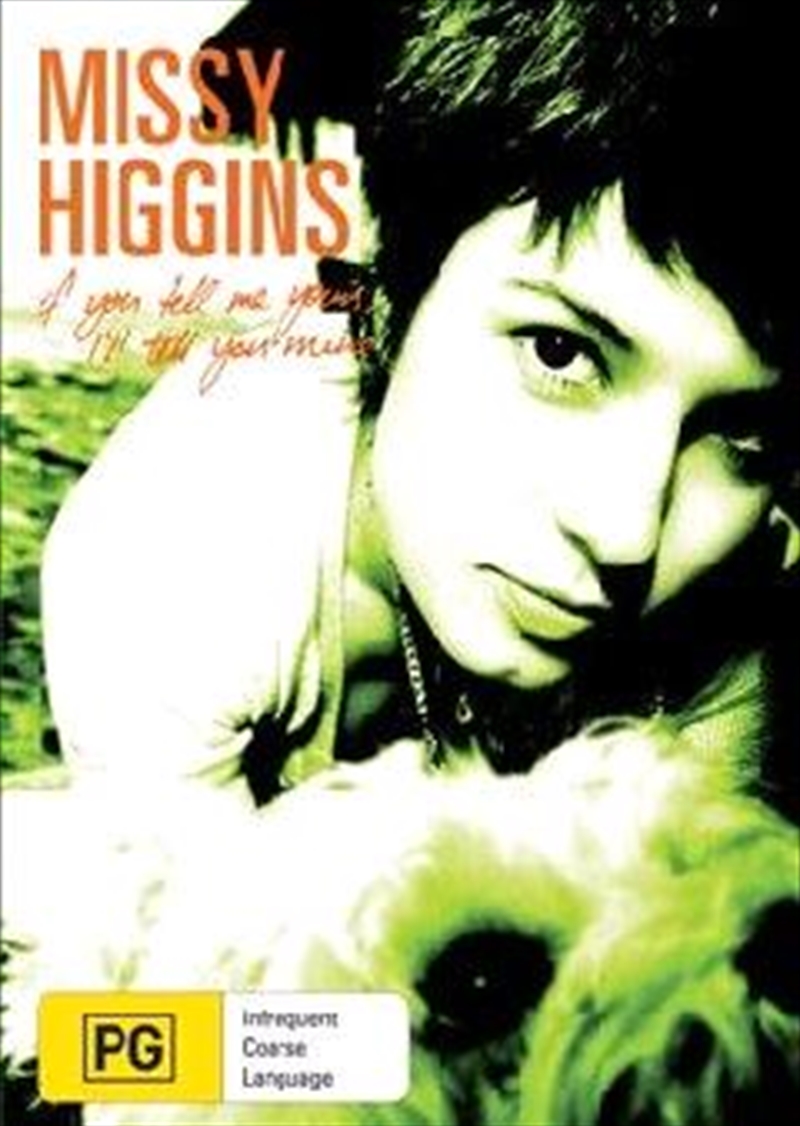 If You Tell Me Yours, I'll Tell You Mine

Shipping - See delivery options.
Postcode:
Quantity:
SEE MORE IN:
Missy Higgins
Missy won Triple J's "Unearthed" competition while she was still at high school. However, she rejected urgings to jump onto the music industry treadmill and instead chose to go back packing for a year. Upon her return, she shunned the usual pop music gimmicks and toured constantly. As a result her debut album, "The Sound Of White" became the highest seller of the year.

"If You Tell Me Yours, I'll Tell You Mine" is the firwst time that the full story of this journey from schoolgirl to award winning recording artist has been told on film. Through in depth interviews with Missy, her family and her bandmates, viewers are given a real insight into this young singer/songwriter and her strong views about music and her place in the world.

This DVD includes over 60 minutes of live footage ranging from childhood home movies through to concert performances from 2004 and 2005. It also includes behiond the scenes footage of Missy at work in the recording studio, on holidays, and on tour plus the music videos for "Greed For Your Love", "Scar", "Ten Days" and "The Special Two".

From all of this exclusive footage a picture emerges of a young artist who is determind to remain true to herself and to avoid all forms of artifice. This is reflected in the direct honesty of Mossy's music and in her emotive live performances. It's a quality which may well help account for her extraordinary appeal.

Title: If You Tell Me Yours, I'll Tell You Mine

greed for your love [video]

the sound of white [video]

this is how it goes [mtv special concert performance]