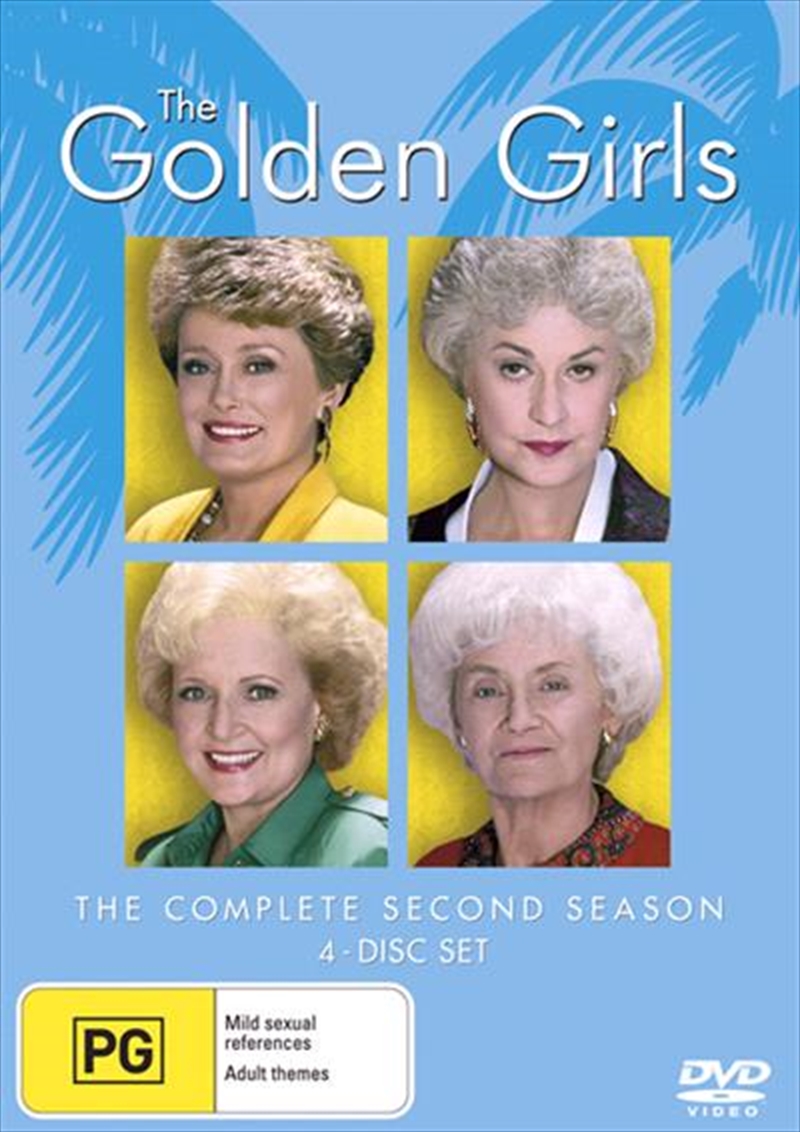 Join Dorothy,the smart one, Sophia, the glib one, Rose, the naive one and Blanche, the. . . well, you know… for the second season of one of television’s funniest shows ever, The Golden Girls. Beloved by fans and critics alike, SEASON 2 garnered its second straight Emmy award for “Outstanding Comedy Series” and a Golden Globe for “Best TV Series Comedy/Musical.” It’s a star-filled season with special guests, including Burt Reynolds in a surprise cameo and a young George Clooney playing a Miami policeman who saves the day! Now you can “travel down the road and back again” with all 26 original episodes on one incredible 4-disc set. From the opening lines of the theme song to the end credits, you’ll enjoy all the racy and hilarious moments you’ve come to expect from The Golden Girls.