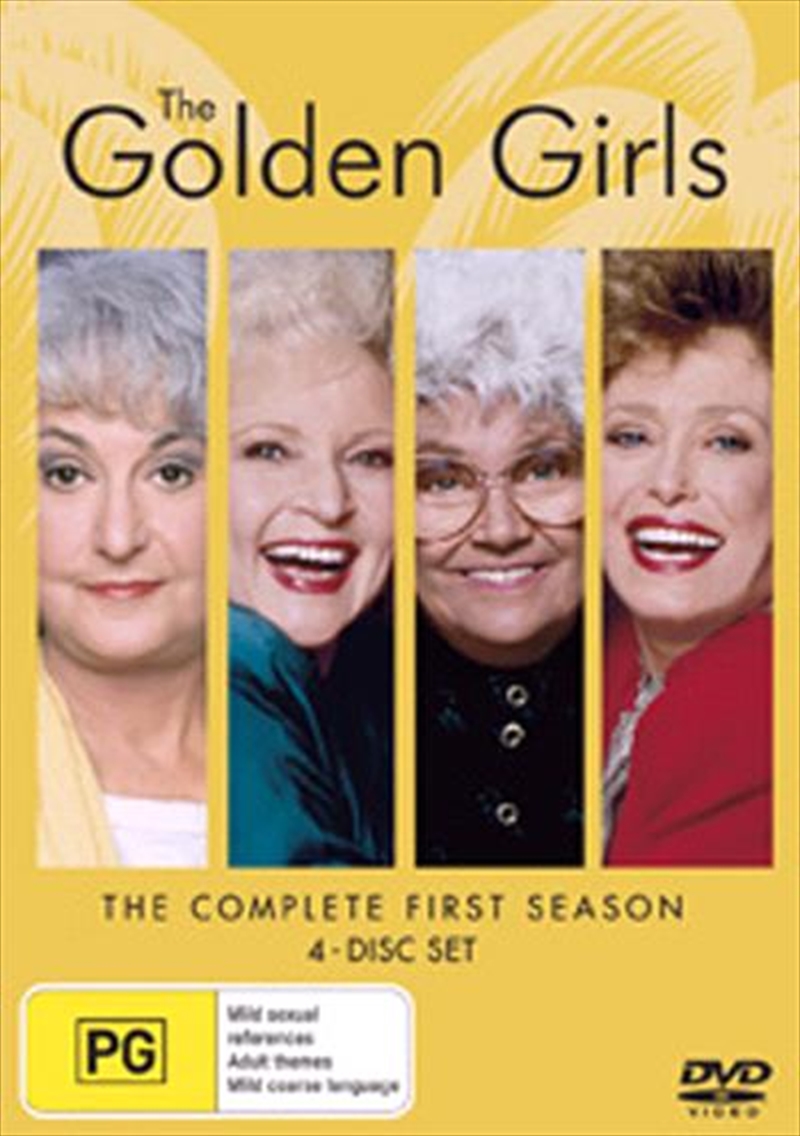 An Emmy Award winner for Outstanding Comedy Series in its very first year, The Golden Girls has become a landmark in television history and an all-time fan favourite. Beatrice Arthur, Rue McClanahan, Betty White and Estelle Getty star as four South Florida seniors sharing a house, their dreams and a whole lot of cheesecake. Bright, promiscuous, clueless and hilarious, these lovely, mismatched ladies form the perfect circle of friends. Experience all 25 laugh-packed episodes of Season One in this spectacular 4-disc set, including the series pilot and an exclusive special feature that offers a whole new look at the show. Its all the provocative fun and entertainment you remember... and so much more.