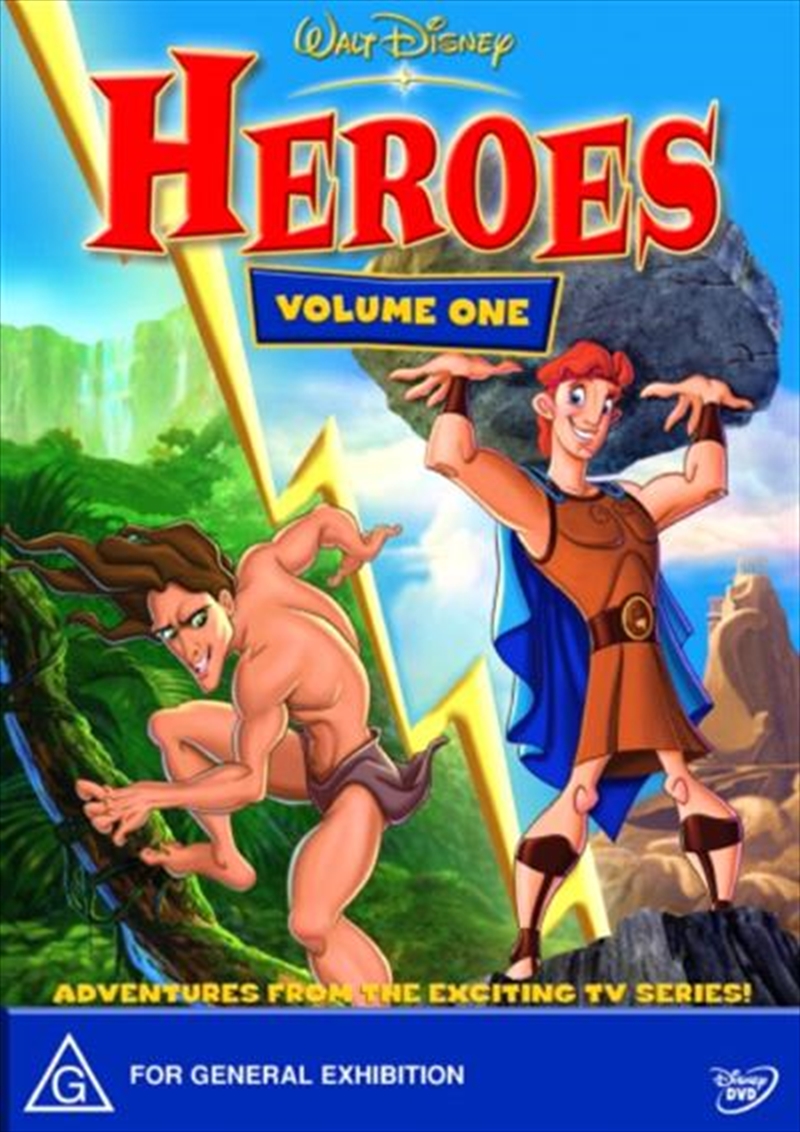 Shipping - See delivery options.
Postcode:
Quantity:
SEE MORE IN:
4 for $50 DVD, Blu-ray & More
Whether you're swingin' through the trees in Africa or groovin' to the gods in Ancient Greece, you're always in good company when you join your favourite Disney Heroes-Tarzan and Hercules-on their coolest adventures ever! Watch Tarzan race to the rescue as he takes on everything from a ruthless gang of crooks to a seemingly unstoppable giant python! Then, hang out with that "zero to hero" legend Hercules, and see if Herc can reverse a nasty curse and save the day when a fierce Titan is out to destroy everything in its path! From first to last, you'll have a wild time with these four exciting tales starring two of the greatest heroes the world has ever known!