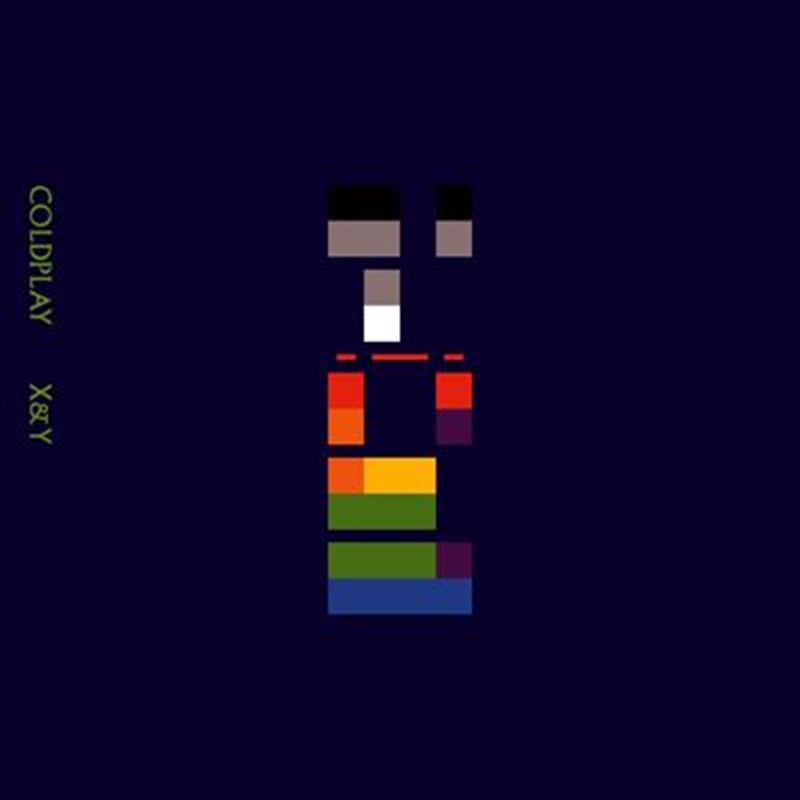 Shipping - See delivery options.
Postcode:
Quantity:
SEE MORE IN:
2 for $40 Music Coldplay All 2 for $40
‘X&Y’ is a big album in every sense of the word. The songs are huge. The music is sometimes quiet and intimate but at other times builds to a massive, layered sound that breaks new ground for Coldplay. The lyrics are about big subjects like life and death, love and loss, about being fascinated by the world around us but also about accepting that some things can never be fully understood.

Difficult times have followed the band, including insecurities, gruelling touring schedules and challenging trip to Ghana to renew the band’s long-standing commitment to help make trade fairer for developing countries. However the songs have been influenced for the better, like ‘A Message’, a song that Chris describes almost as a surprise gift. “I didn’t write it as much as it got sent. I woke up in the middle of the night, I ran downstairs and this song arrived, like a late-night visitor.”

The kind of raw, emotional songs that Coldplay do so well are still here; ‘Swallowed In The Sea’, written early in 2004 and a song about coming to terms with the death of people close to you; the simple, moving love song ‘A Message’; and the achingly beautiful ‘What If’, which shows that Chris hasn’t lost the capacity to worry. Elsewhere, ‘Twisted Logic’ shows a darker, angry side to the band. There’s the same emphasis throughout on strong songs, but the way these songs have been treated this time round shows a band that is growing, maturing, and ready to try new things. Apart from the riff to Kraftwerk’s ‘Computer Love’ - which makes a surprise appearance on ‘Talk’ – the band have stressed that it wasn’t really musical ideas they took into the studio, more just moods: a sound, a moment, a feeling.

So ‘X&Y’ is yet another leap forward from ‘Parachutes’ and ‘A Rush of Blood To The Head’. From emotional rollercoasters to rocky and electro-tinged songs, the band believes this album is a raw statement of them being true to themselves; for this, their third album, it took a marathon 18 months’ work before they were ready for the last-minute creative sprint to the finish line. But when you’re passionate about your music, you do whatever it takes. And it was worth waiting for.

Swallowed In The Sea