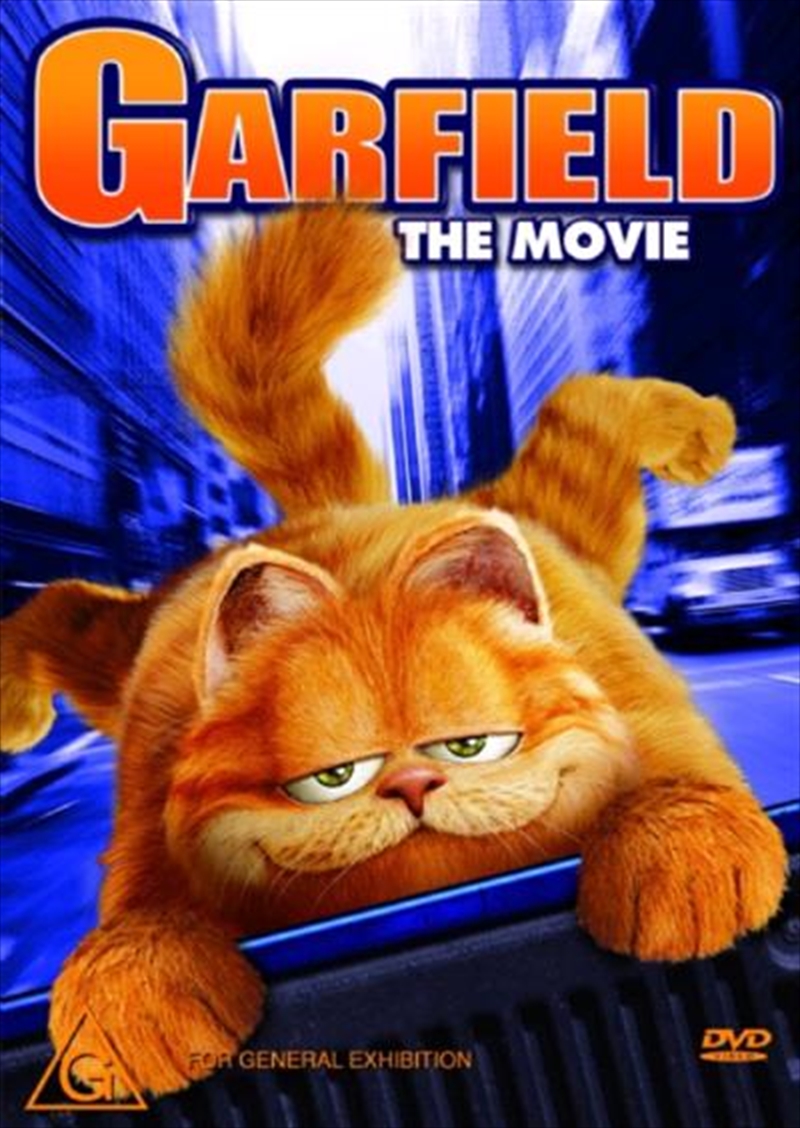 Garfield marks the long-awaited motion picture debut of America's favorite feline - and the world's laziest cat. The live action/CGI picture is adapted from the syndicated cartoon strip read in 2600 newspapers by 260 million readers around the globe. Bill Murray provides the voice of Garfield. Breckin Meyer (Road Trip) portrays Garfield's owner, Jon Arbuckle, and Jennifer Love Hewitt (Heartbreakers) is the famed feline's veterinarian, Liz Wilson. The film also features the voice talents of Debra Messing (Will & Grace) as Arlene, a cute feline who keeps Garfield on his toes; Brad Garrett (Everybody Loves Raymond) as Luca, the neighborhood Doberman; and Alan Cumming (X2) as Persnikitty, another cat with whom Garfield crosses paths. Also featured are the voice talents of Nick Cannon (Drumline) as Louis, a mouse; Jimmy Kimmel (Jimmy Kimmel Live) as Spanky, a Pit Bull with a Bronx accent; David Eigenberg (Sex and the City) as Nermal, a friendly feline; and Mo'nique (Moesha) as a rat. State of the art computer generated effects are being employed to create Garfield, after all, Garfield deserves nothing but the best. As he's been heard to say, "The movie is all about me-ow." In his film debut, Garfield's owner, Jon, takes in sweet but dimwitted pooch Odie, turning Garfield's perfect world upside down. Now, Garfield wants only one thing: Odie out of his home and life! But when the hapless pup disappears and is kidnapped by a nasty dog trainer, Garfield, maybe for the first time in his life, feels responsible. Pulling himself away from the TV, Garfield springs into action.
TRAILER
DETAILS