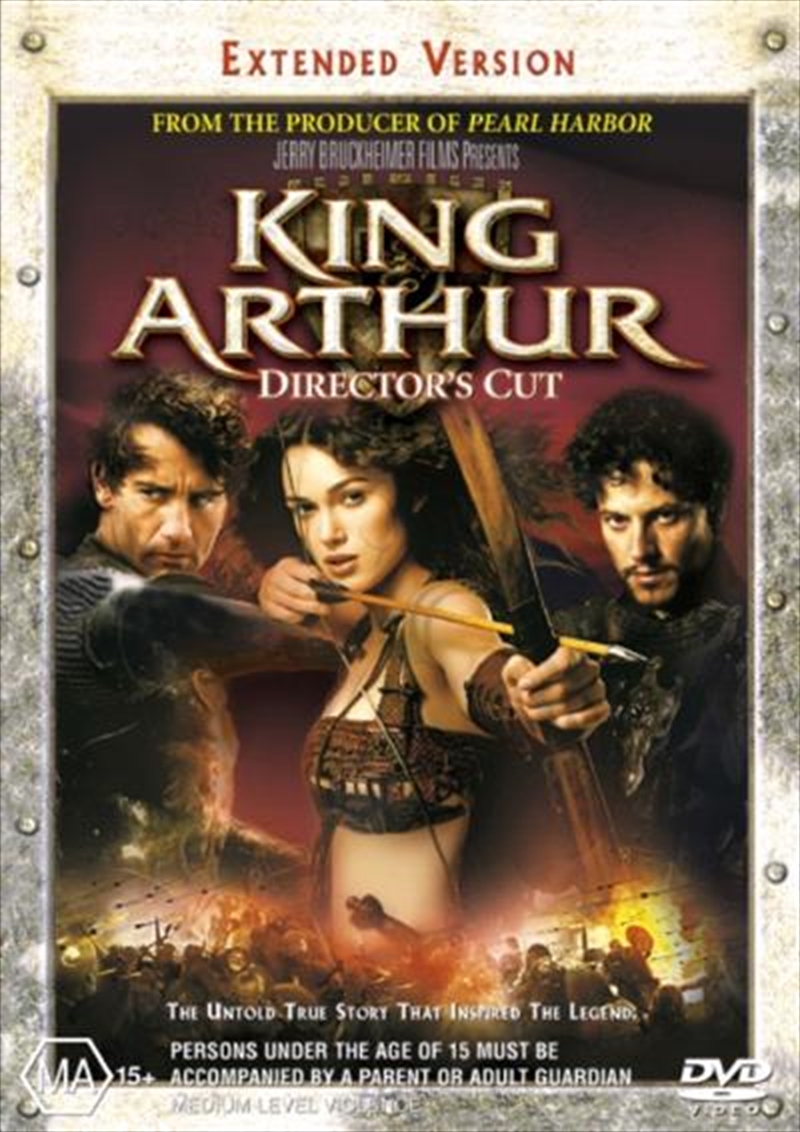 DESCRIPTION
Now, from the producer of Pearl Harbor and the director of Training Day...experience the extended unrated director's cut of this hard-hitting action epic! Prepare for more thrills, more adventure and more intensity, as the heroic true story behind one of history's greatest legends explodes onto the screen! It is the valiant tale of Arthur (Clive Owen) and his bond of brotherhood with Lancelot (Ioan Gruffudd) and the loyalty of the Knights of the Round Table as they fight for freedom and those they love. Also starring Keira Knightley as Guinevere, this never-before-seen King Arthur is a longer, grittier and more explicit motion picture -- don't miss it!
TRAILER
DETAILS

Blood on the Land: Forging King Arthur - The Behind-The-Scenes Making Of