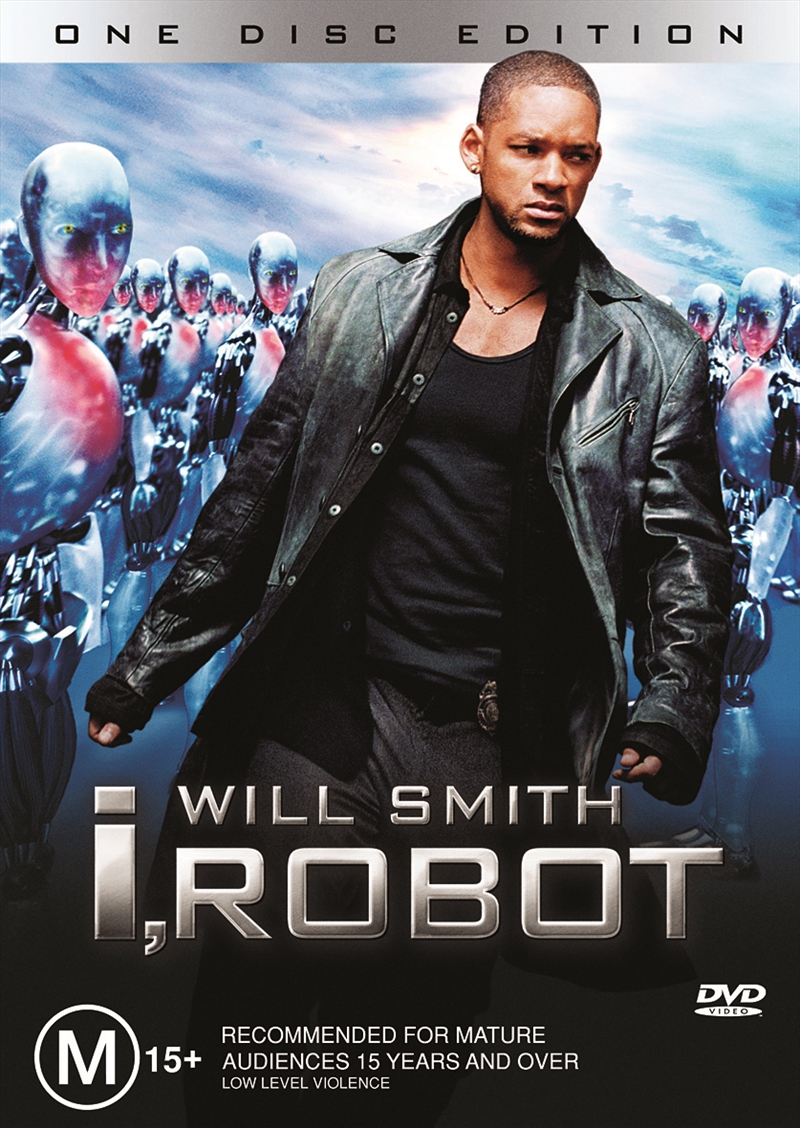 Shipping - See delivery options.
Postcode:
Quantity:
SEE MORE IN:
2 for $20 Movies & More
Chicago, 2035. Techno and robophobe Detective Agent Spooner (Will Smith) is appointed to investigate the alleged suicide of friend and father of modern robotics, Dr. Alfred Lanning (James Cromwell). At a time when robots have become commonplace in homes, Spooner suspects robots have turned against Lanning's first law, 'A Robot Must Not Harm a Human Being' and that the suicide may in fact be murder.

When Sonny (Alan Tudyk), a robot that has been taught human emotions, runs from the scene of the crime, Spooner enlists the help of ice-cool robot psychologist Dr. Susan Calvin (Bridget Moynahan) to track him down. Spooner deduces that scientist Lanning has left a trail of clues and has reprogrammed Sonny to help them uncover a suspected conspiracy. The events that follow lead them right to the heart of the multimillion-dollar corporation, U.S Robotics for an awe-inspiring showdown!