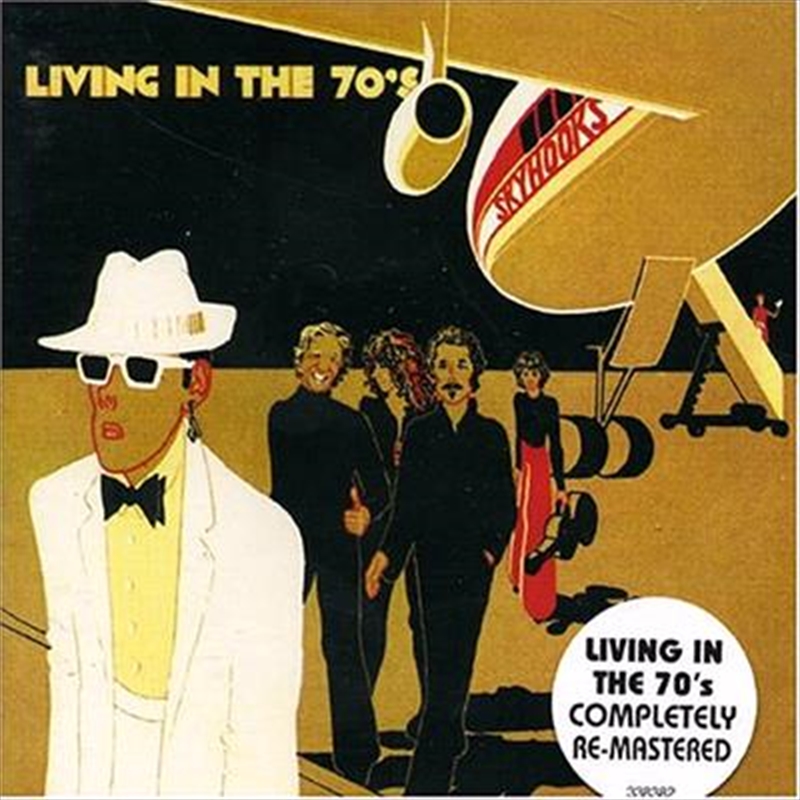 Shipping - See delivery options.
Postcode:
Quantity:
SEE MORE IN:
2 for $40 Music
There is an argument that Australian rock would not exist in its present form without the success of Skyhooks. Not only did the band, with their huge singles and albums success, ensure the continuing viability of Mushroom Records (Living in the 70s sold over 250,000 copies in the 1970s) but they taught Australians that it was possible to be both alternative and popular and that it was OK to sing about local places and experiences. The importance of songs like "Balwyn Calling" and "Toorak Cowboy" should never be underestimated. Add to this the fact that "You Just Like Me Cos I'm Good in Bed" was the first song ever played on Double Jay (now Triple Jay) and it is easy to see that Skyhooks were in the centre of major changes in the local record industry. Living in the 70s was a true landmark album. It stayed in the Australian Top 40 for an incredible 40 weeks, yielded the chart topping "Horror Movies" single, and, amusingly, was so revolutionary and provocative that six of the ten tracks were banned from radio by the Federation of Australian Commercial Broadcasters.

Living In The 70s

Whatever Happened To The Revolution

You Just Like Me Cos Im Good In Bed