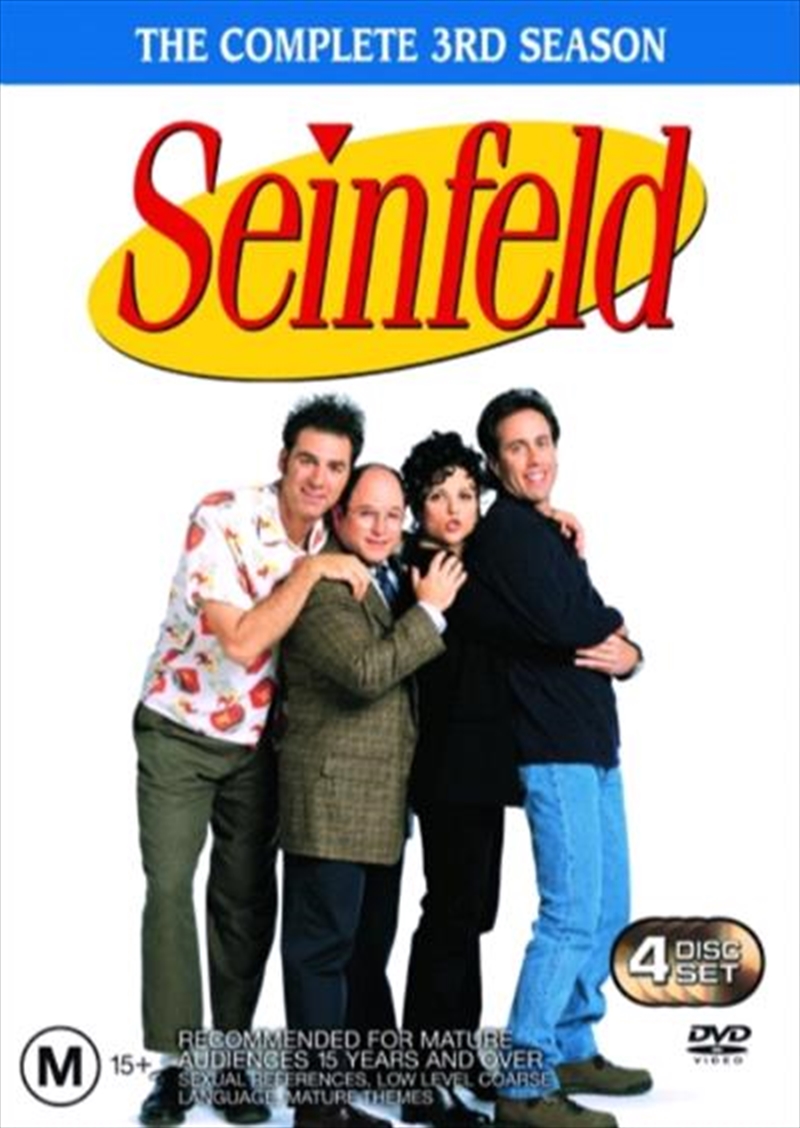 Shipping - See delivery options.
Postcode:
Quantity:
SEE MORE IN:
Seinfeld Movies & TV Clearance TV Clearance Sale Movies & TV Under $10
One of the most watched television shows of the 90's, "Seinfeld" is a true-to-life comedy series that follows the events of a group of friends. The group consists of Jerry Seinfeld, a stand-up comedian who questions every bizarre tidbit about life, George Costanza, a hard-luck member of the New York Yankees organization, Elaine Benes, a flashy woman who is not afraid to speak her mind, and Cosmo Kramer, an extremely eccentric, lanky goofball. Another very notable member of the show is Newman, a chubby mailman, friend of Kramer, and, almost always, nemesis of Jerry. Other sources of comedy appear in the form of the parents of both Jerry and George.