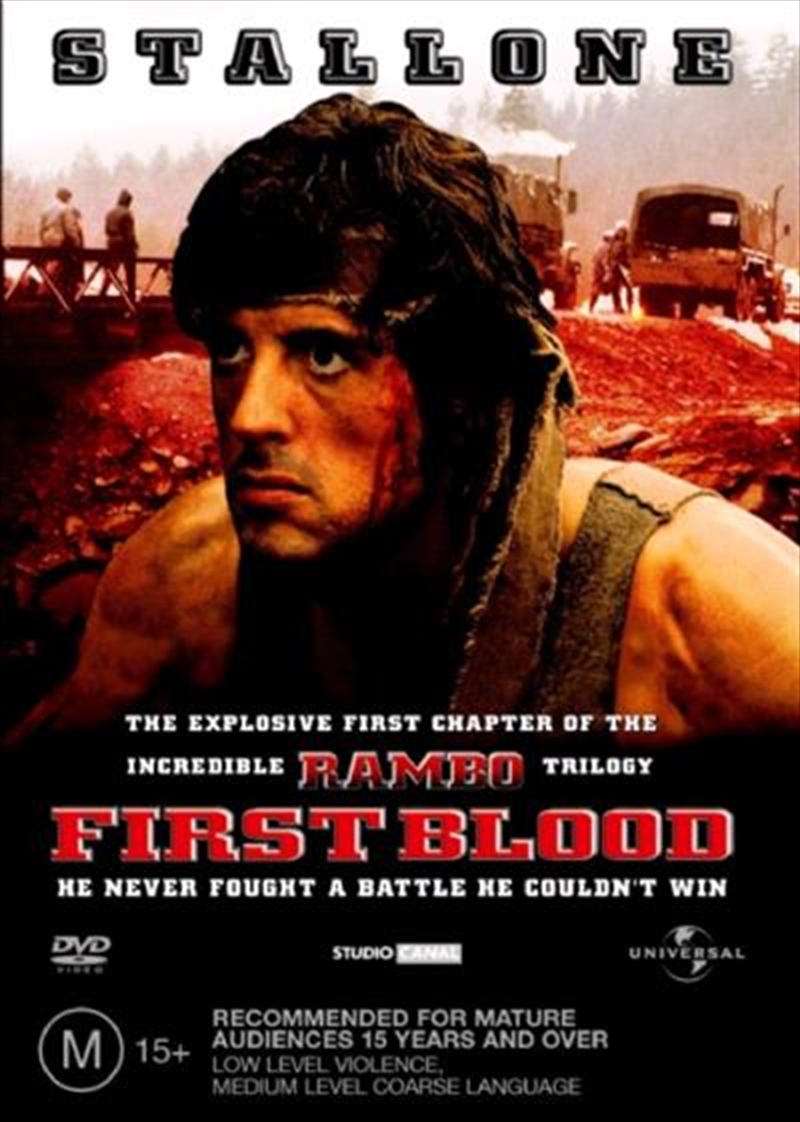 This time he's fighting for his life...

John Rambo (Sylvester Stallone), a former Green Beret and Medal of Honor recipient, is plagued by the awful changes that are common in Vietnam veterans like himself. A drifter on his way to get some food, Rambo is arrested by Will Teasle (Brian Dennehy), a small town sheriff who is used to getting things his way. Once incarcerated, Rambo soon finds himself reliving the awful memories of his fighting days in the 'Nam as he is put through the basic tests that are mandatory for all prisoners of the law. Rambo escapes and what follows is an intense manhunt for a man who only "wanted something to eat." As the publicity of Rambo's one man war escalates, Teasle and his posse are confronted by Colonel Trautman (Richard Crenna), Rambo's former commander and the only one who may be able to stop the terrible fate awaiting everyone involved...