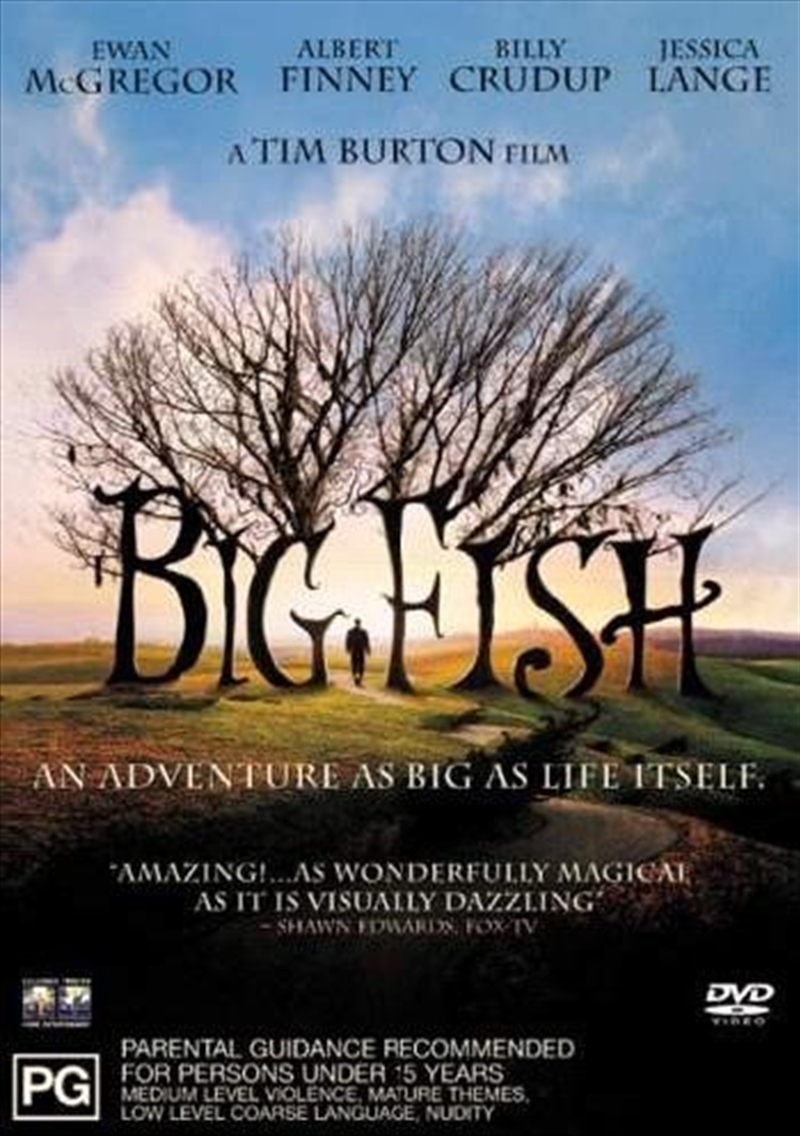 Shipping - See delivery options.
Postcode:
Quantity:
SEE MORE IN:
3 for $20 Movies & More
An A-list cast headed Ewan McGregor, Albert Finney and Jessica Lange catch an adventure as big as life itself in visionary director Tim Burton's feel-good fable Big Fish. Critics and audiences fell hook, line and sinker for this story of a man, who tries to separate fact from fiction and man from myth to solve the greatest mystery in his life - his father. Hailed as Burton's best since Edward Scissorhands, Big Fish is an amazing motion picture experience that's "so enriching, so heart-warming, so funny, so touching and so breathtaking" (Clint Morris, Film Threat)

'Amos at the Circus' Featurette