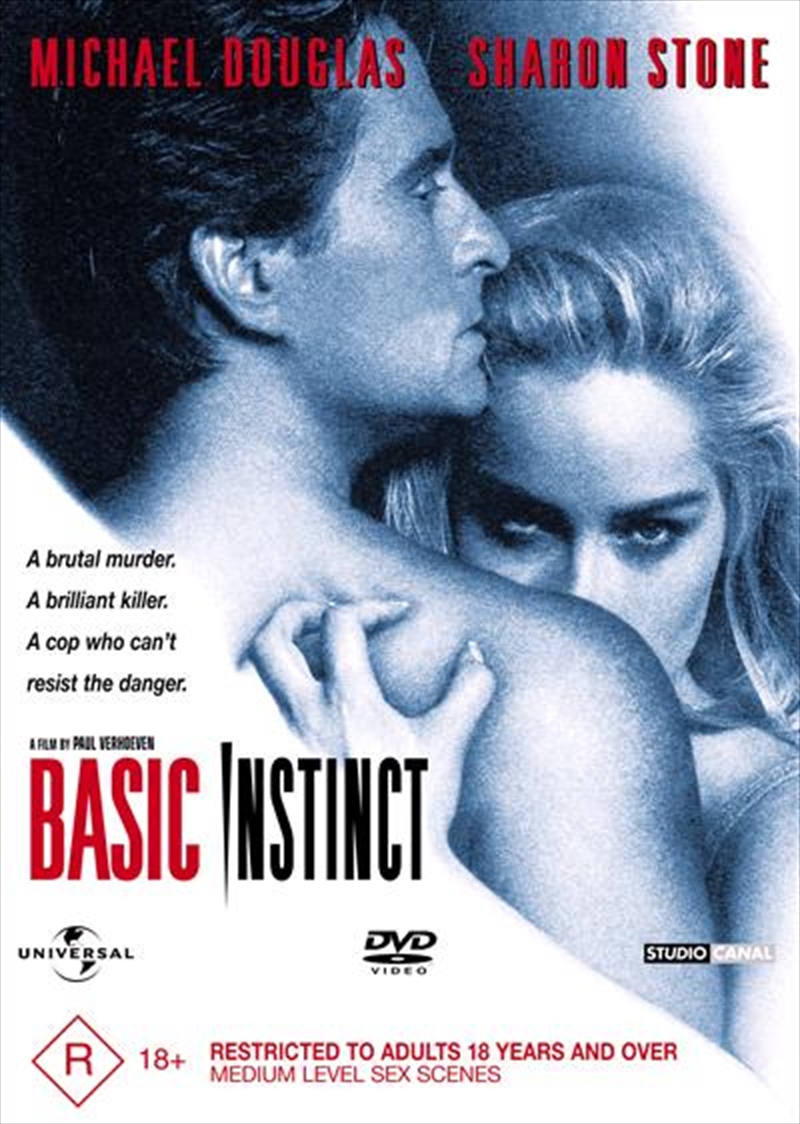 An ice pick stained with blood. A silk scarf tied to a bed post. A fading rock star brutally slain. The clues and the victim, but where is the killer? For Nick Curran (Michael Douglas), a cop on the edge whose best friend is the bottle, what begins as just another murder hunt quickly turns into something much more sinister. Prime suspect is Catherine Tramell (Sharon Stone), a rich and dangerously seductive novelist whose bizarre, fictional killings have a nasty habit of coming true. Curran's basic instinct tells him to keep his distance but he's drawn to the irresistibly sexy Catherine. The closer he gets, the more she manipulates him until finally the detective finds himself hopelessly out of control in a maze of mind games, passion and murder.