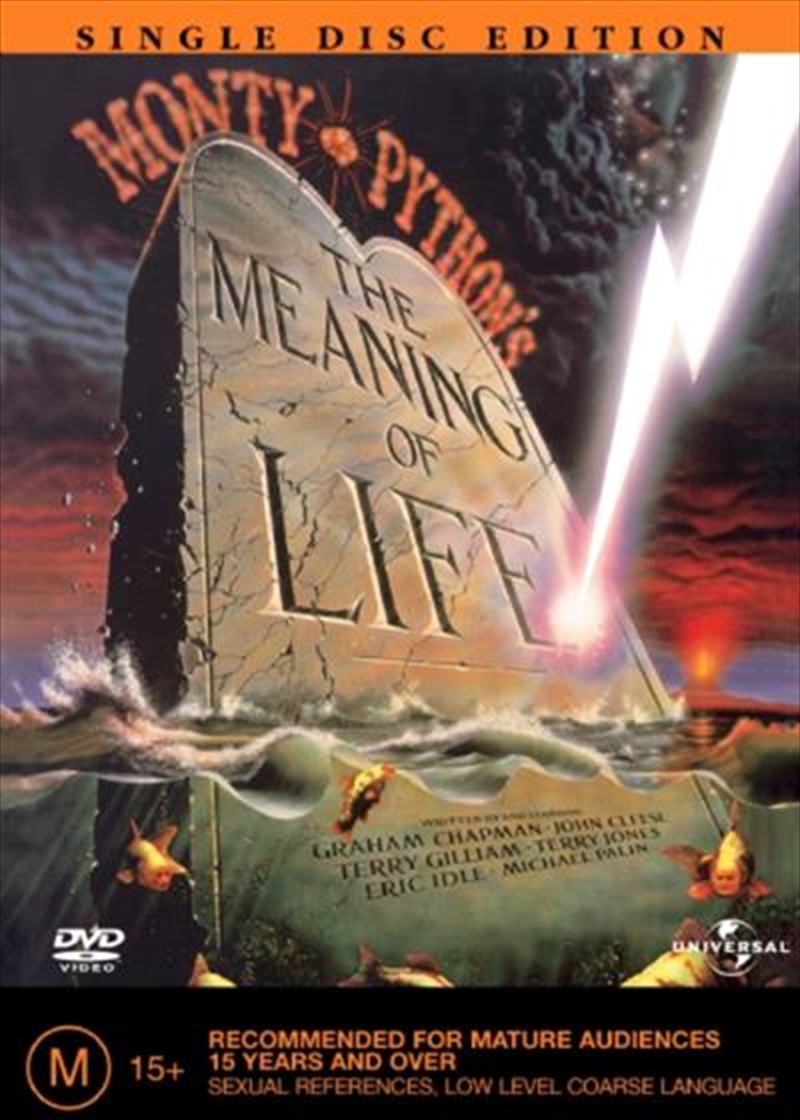 Shipping - See delivery options.
Postcode:
Quantity:
SEE MORE IN:
3 for $20 Movies & More Cant Seem To Stream
DESCRIPTION
Those six pandemonium-mad Pythons are back with their craziest adventure ever! John Cleese, Graham Chapman, Terry Jones, Eric Idle, Terry Gilliam and Michael Palin have returned to explain The Meaning of Life. These naughty Brits offer the usual tasteful sketches involving favorite body parts and bodily functions, the wonders of war, the miracle of birth and a special preview of what's waiting for us in Heaven. Nothing is too sacred for the probing Python crew. You'll never look at life in quite the same way again. Time pronounces it "an exhilarating experience!" Newsweek agrees, calling it, "the best movie from England's satirical sextet." Winner of the 1983 Cannes Film Festival Special Jury Award.
DETAILS