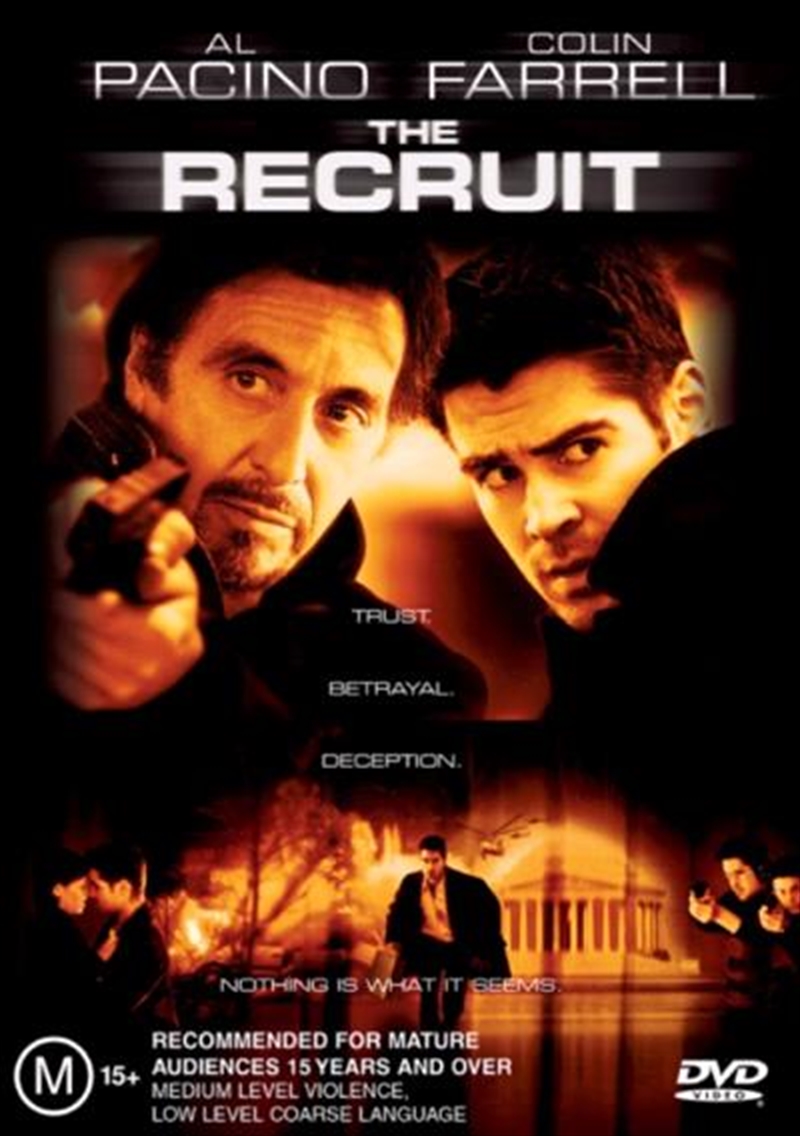 Trust. Betrayal. Deception. In the C.I.A. nothing is what it seems.

Academy Award winner Al Pacino (Scent of a Woman, Heat), Hollywood heartthrob Colin Farrell (Minority Report, Hart's War) and sexy Bridget Moynahan (The Sum Of All Fears, Coyote Ugly) star in this explosive, sexy, action-packed psychological thriller. James Clayton (Farrell), is one of the smartest college graduates in the country, just the person Walter Burke (Pacino) wants in the agency. James quickly rises through the ranks and falls for Layla (Moynahan), one of his fellow recruits. But just when he starts to question his role and his cat-and-mouse relationship with his mentor, Burke taps him to root out a mole. As the suspense builds in a maze of gripping twists and turns, there are only two things James can count on he can't trust anyone and nothing is as it seems.