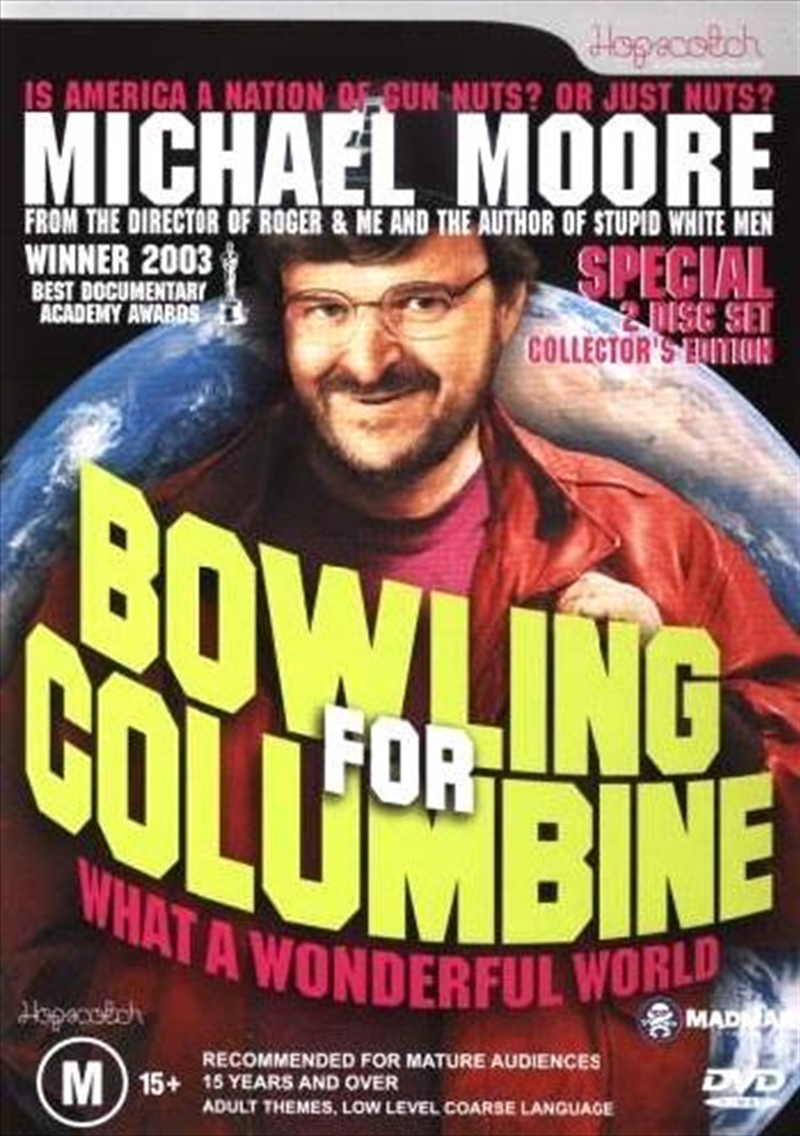 Shipping - See delivery options.
Postcode:
Quantity:
SEE MORE IN:
Documentaries
Bowling For Columbine is Michael Moore's most daring and sophisticated film to date. Exploring guns and violence in American society, Moore provokes, he searches, he even pokes fun. Why? He wants to know why America is so violent. "SCREAMINGLY FUNNY AND UNEXPECTEDLY MOVING". NEW YORK POSTThis anatomy of American culture is very funny, moving, challenging and surreal. Bowling For Columbine is a Molotov Cocktail of interviews, cartoons, spiky humour, news footage and confrontational journalism. Moore puts the hard questions to trigger-happy suburbanites and militia members, shock rocker Marilyn Manson, South Park co-creator Matt Stone, surviving students of the Columbine High School shootings and the producer of the TV show Cops, all the while on a rollicking mission to speak with National Rifle Association president Charlton Heston.What results is a smart, humorous and irreverent expose on the state of the world. Michael Moore goes where nobody else dares and does it with fearless wit.

michael moore on his oscar win

q & a at uk press conference