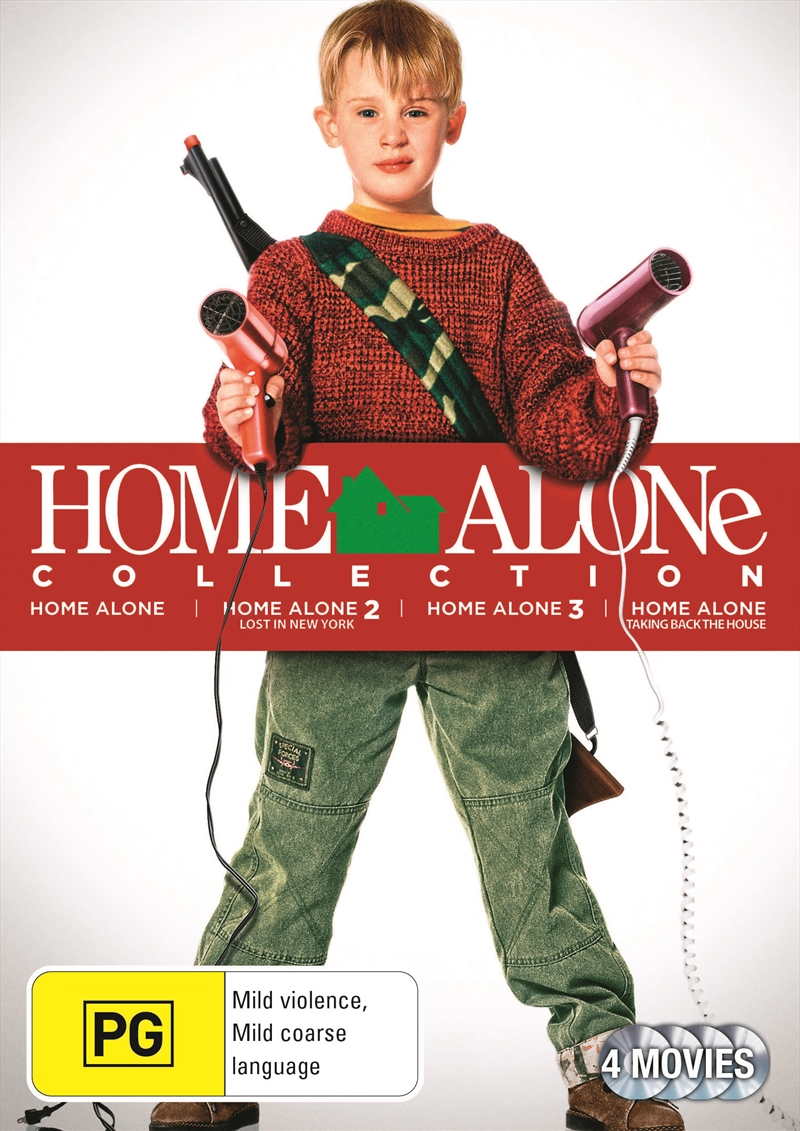 Home Alone (1990) Eight-year-old Kevin McCallister (Macaulay Culkin) has become the man of the house, overnight! Accidentally left behind when his family rushes off on a Christmas vacation, Kevin gets busy decorating the house for the holidays. But he's not decking the halls with tinsel and holly. Two bumbling burglars are trying to break in, and Kevin's rigging a bewildering battery of booby traps to welcome them!

Written and produced by John Hughes, this macap slapstick adventure features an all-star supporting cast including Catherine O'Hara and John Heard as Kevin's parents, Joe Pesci and Daniel Stern as the burglars, and John Candy as the "Polka King of the Midwest.

"Home Alone 2: Lost In New York (1992) Kevin McCallister (Macaulay Culkin) is back! But this time he's in New York City - with enough cash and credit cards to turn the Big Apple into his own playground! But Kevin won't be alone for long.

The notorious Wet Bandits, Harry and Marv (Joe Pesci and Daniel Stern), still smarting from their last encounter with Kevin, are bound for New York too, plotting a huge holiday heist. Kevin's ready to welcome them with a battery of booby traps the bumbling bandits will never forget.

Home Alone 3 (1997) Four high-tech industrial spies steal a top-secret microchip, and, to fool customs, hide it in a remote-control toy car. Through a baggage mix-up at the airport, grumpy old Mrs. Hess gets the toy and gives it to her neighbor, 8-year-old Alex. Spies want to get the toy back before their clients get angry and decide to burglarize every house at Alex's street to find the chip. But Alex is prepared for their visit...

Home Alone 4 (2002) Tougher still is spending Christmas with dad at his new girlfriend Natalie's mansion - even though it's loaded with all the techno-gadgets any kid could hope for. But this Christmas, Kevin is really in hot water again, and so are Marv and his sidekick, who are trying to rob Natalie's house!