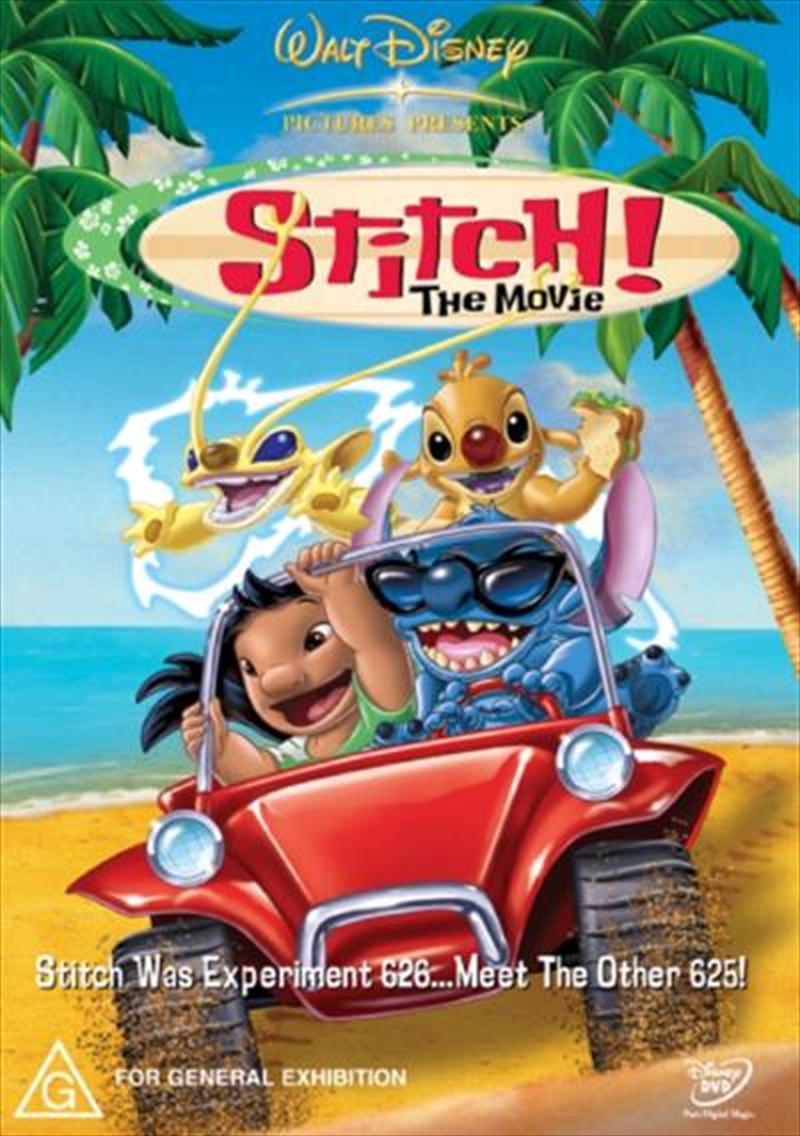 Shipping - See delivery options.
Postcode:
Quantity:
SEE MORE IN:
2 for $20 Movies & More 2 For $20 Family
We all know Stitch was "Experiment 626" - but did you ever wonder about the first 625?
Now you'll find out!
STITCH! THE MOVIE follows the fun-filled, heart-warming antics of the lovable, troublemaking little alien who splashed down to earth and touched the lives of Lilo and her extended family. Now Stitch, Pleakley and Jumba are all part of the family. But what Lilo and Stitch don't know is that Jumba smuggled his first 625 alien experiments to Earth...and now the evil Captain Gantu wants those other aliens back. It's up to Lilo and Stitch to rescue his out-of-this-world family and save the experiments!
Get ready to meet 625 outrageous new "cousins" including Experiment 221, who causes island-wide power surges, and Experiment 625...a little lazier than Stitch, but he makes great sandwiches! It's time for fun with an island full of alien adventure! Premiering only on Disney DVD and video, STITCH! THE MOVIE proves once again that when it comes to family, friends and happiness... Nobody Gets Left Behind!