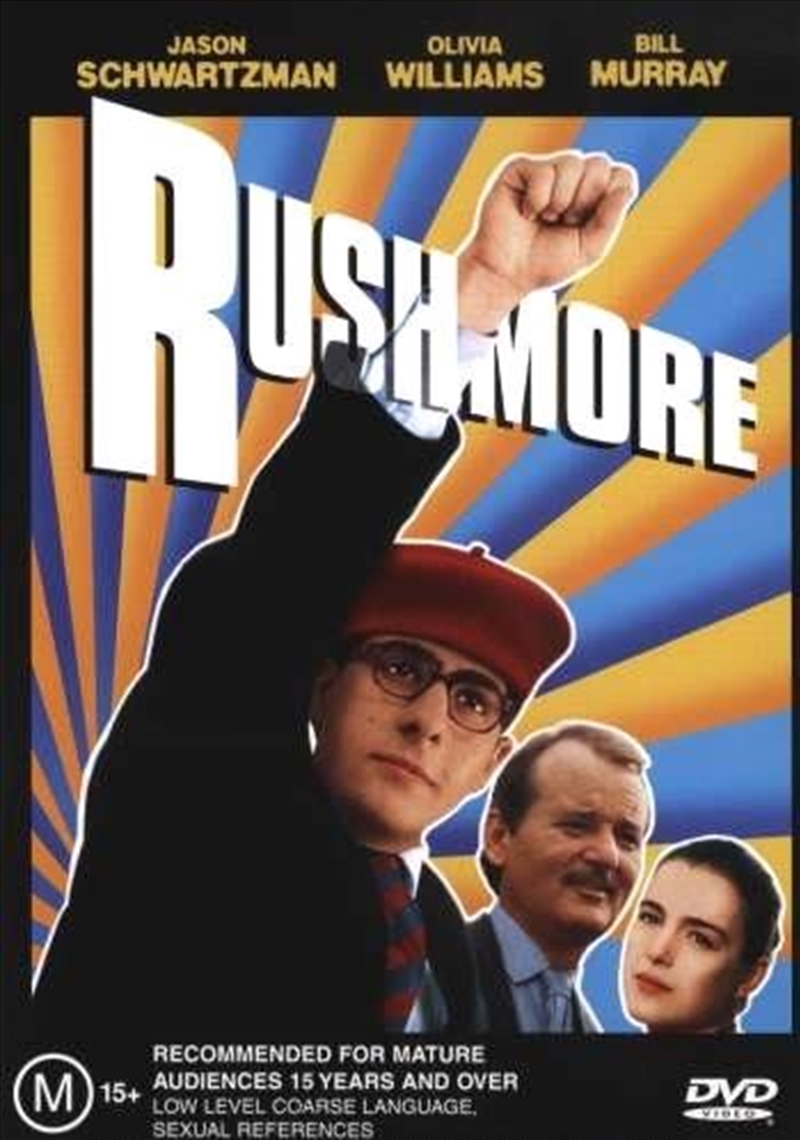 Shipping - See delivery options.
Postcode:
Quantity:
SEE MORE IN:
2 for $20 Movies & More Wes Anderson
Rushmore is the story of a gifted, rebellious teenager named Max Fischer (Jason Schwartzman), a 10th grader at elite Rushmore Academy. Editor of the school newspaper, captain or president of innumerable clubs and societies, Max is also one of the worst students in the school, and the threat of expulsion hangs permanently over his head. Max's world is rocked when he falls for elegant 1st grade teacher Miss Cross (Olivia Williams), and he plans to erect an aquarium in her honour - then finds himself competing for her affections with his friend, steel tycoon Mr. Blume (Bill Murray), the wealthy father of two of his classmates.