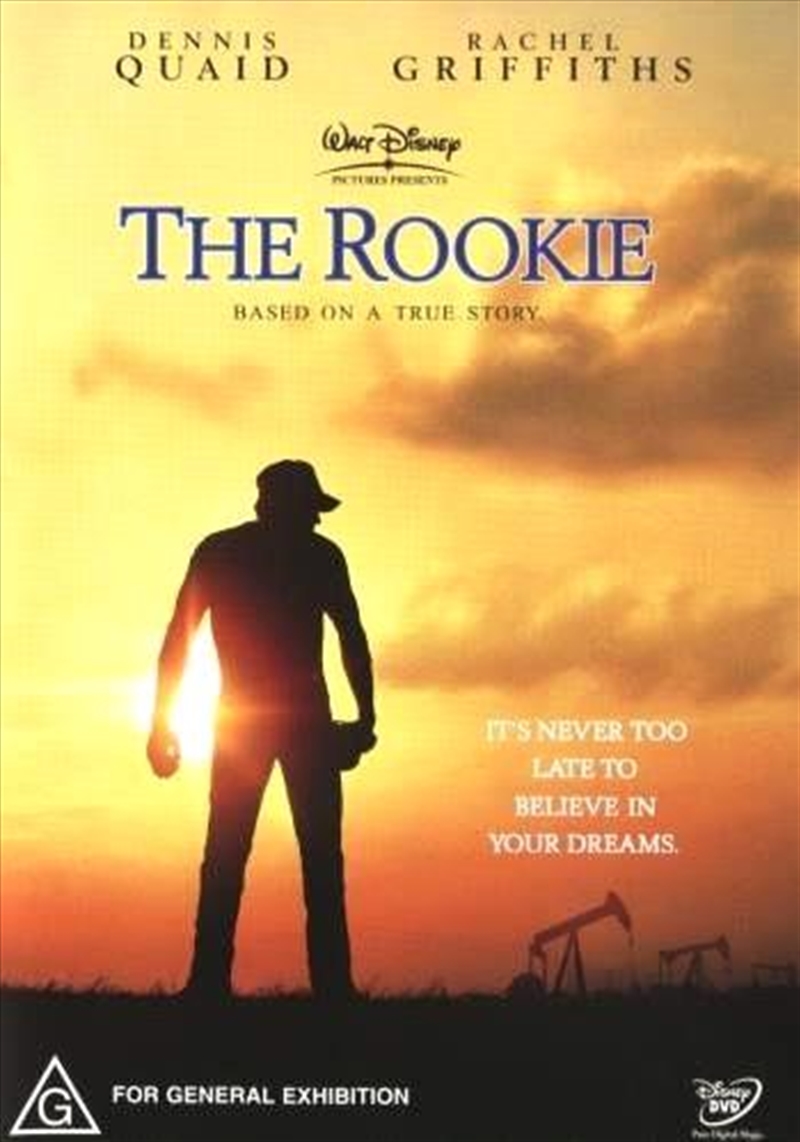 Shipping - See delivery options.
Postcode:
Quantity:
SEE MORE IN:
3 for $30 Movies & More
It's never too late to believe in your dreams.

From the studio that brought you Remember The Titans comes an inspirational film based on a true story. Jim Morris (Dennis Quaid), father, teacher and high school coach, thought his dream was over. He'd had his shot playing baseball, blew out his shoulder, and retired without ever making it to the big leagues. Then, in 1999, Coach Morris made a fateful bet with his perpetually losing team. If they won the district championship, Morris - who threw a 98mph fastball - would try out for the majors. The team went from worst to first, and Jim, living up to his end of the bargain, threw caution to the wind and was on the road to becoming the oldest rookie in the major leagues. This heartfelt, uplifting story about not giving up on your dreams is a remarkable and affecting story that will have everyone cheering.