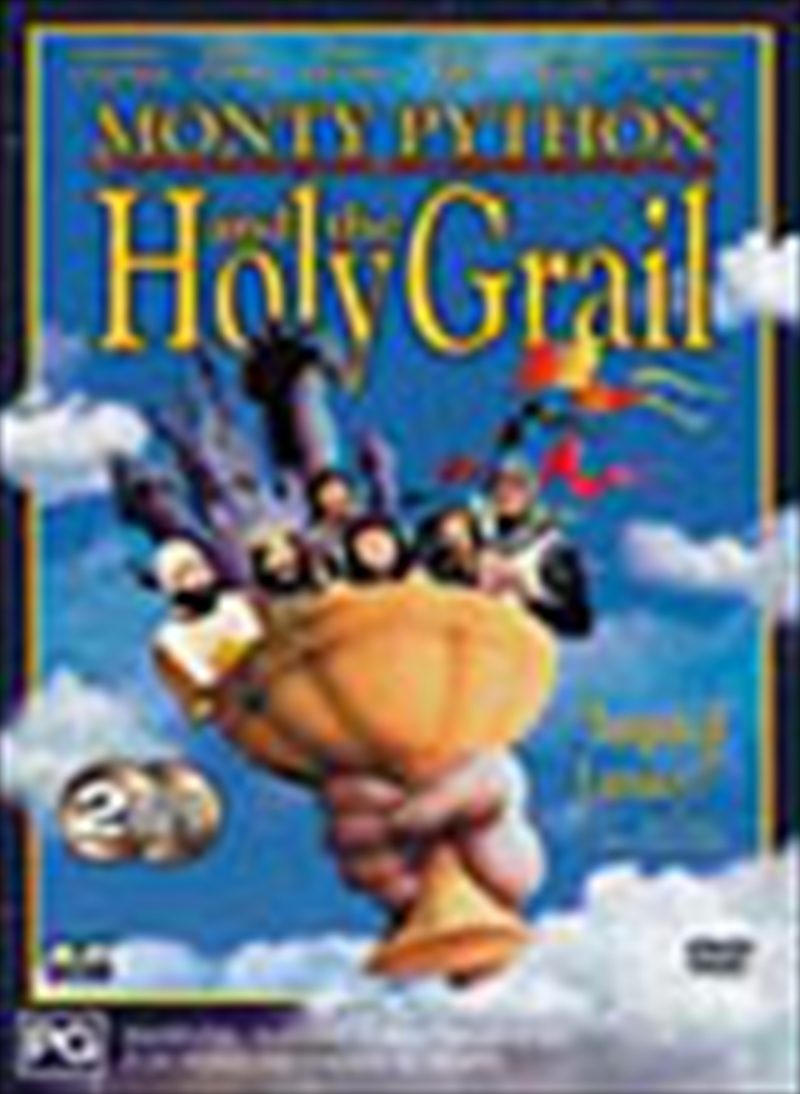 Driven by artistic integrity and greed, the Monty Python crew have created the ultimate collectible for you, the fans of their very silly film about King Arthur and his low-budget search for the Holy Grail. Digging deep into their vaults, the Pythons have unearthed hours and hours and hours of stuff you’ve never seen before (including the lost 24 seconds) to create the ULTIMATE, FINAL, DEFINITIVE version of the comedy classic that’ll make you laugh, make you cry and make you say “Ni”.

<i>- the film's even funnier in russian or hungarian

<i>- normal sub-title plus special sub-titles for the people don't like the film (taken from shakespeare's henry iv, part ii)

<i>- 'how to use your coconuts' - an educational film

<i>- 'monty python and the holy grail in lego'

<i>- 'monty python and the holy grail in japanese'

<i>- genuine bbc tonight feature 'on location with the pythons'

<i>- 'located recce' - see where most of the film's budget went!

<i>- lots of terry gilliam's original sketches plus poster designs, behind-the-scenes photos and other stuff

<i>- talent (we use the term loosely) profiles