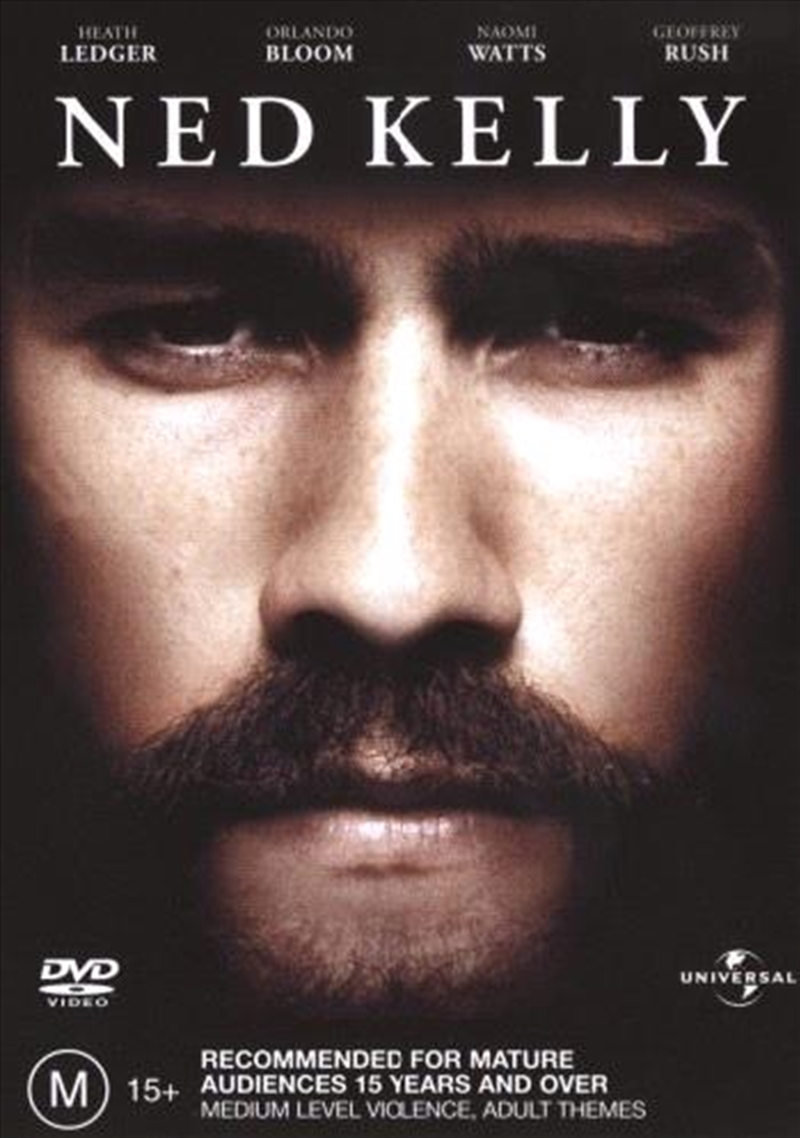 Shipping - See delivery options.
Postcode:
Quantity:
SEE MORE IN:
3 for $20 Movies & More Cant Seem To Stream Australian Movies
DESCRIPTION
YOU CAN KILL A MAN. BUT NOT A LEGEND.From the producers of "Elizabeth" and "About A Boy" comes the true story of one of the most notorious outlaws of all time...Ned Kelly. Persecuted by the police and hunted by an Empire, Ned Kelly had the largest reward in the world on his head.Forced into hiding whilst his friends and family were unlawfully imprisoned Ned and his gang soon become folklore.Featuring Heath Ledger (A Knights Tale, Monsters Ball), Orlando Bloom (Black Hawk Down, Lord Of The Rings) and Academy Award-winning Geoffrey Rush (Shine, Elizabeth, Quills), in a dramatic and exciting story of one of Australia's most famous legends.
TRAILER
DETAILS