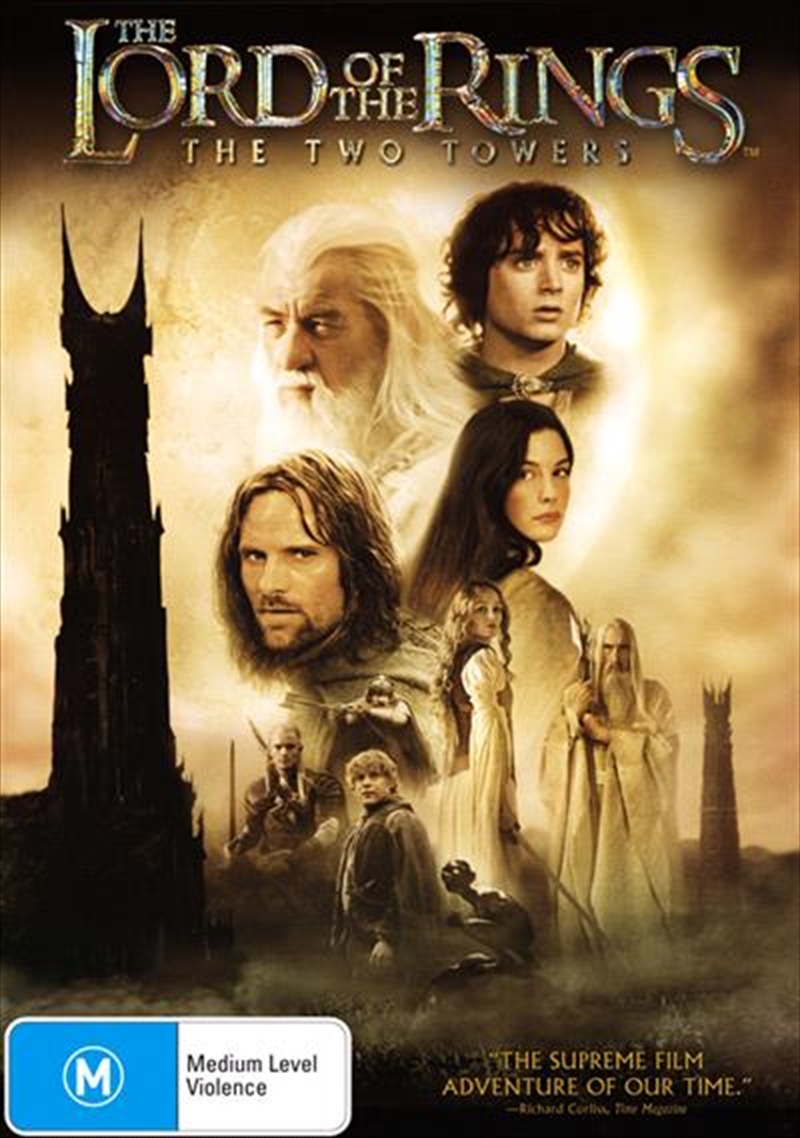 Shipping - See delivery options.
Postcode:
Quantity:
SEE MORE IN:
The Hobbit All of Middle Earth Lord Of The Rings Cant Seem To Stream 2 for $20 Movies & More
A New Power Is Rising.

The Fellowship has been broken. Boromir (Sean Bean) is dead, Frodo Baggins (Elijah Wood) and Samwise Gamgee (Sean Astin) have gone to Mordor alone to destroy the One Ring, Merry (Dominic Monaghan) and Pippin (Billy Boyd) have been captured by the Uruk-hai, and Aragorn (Viggo Mortensen), Legolas (Orlando Bloom), and Gimli (John Rhys-Davies) have made friends of the Rohan, a race of humans that are in the path of the upcoming war, led by its aging king, Thoden (Bernard Hill). The two towers between Mordor and Isengard, Barad-dr and Orthanc, have united in their lust for destruction. The corrupt wizard Saruman (Christopher Lee), under the power of the Dark Lord Sauron, and his slimy assistant, Grma Wormtongue (Brad Dourif), have created a grand Uruk-hai army bent on the destruction of Man and Middle-earth. The rebellion against Sauron is building up and will be led by Gandalf the White (Sir Ian McKellen), who was thought to be dead after the Balrog captured him. One of the Ring's original bearers, the creature Gollum (Andy Serkis), has tracked Frodo and Sam down in search of his 'precious', but is captured by the Hobbits and used as a way to lead them to Mt. Doom. The War of the Ring has now begun...

Title: Lord Of The Rings - The Two Towers, The

On The Set: The Lord of the Rings: The Two Towers Starz Encore Special

The Making of “The Long and the Short of it”

Lord of the Rings Net Featurettes

Behind the Scenes Preview of The Return of the King

The Return of the King Video Game Preview by EA