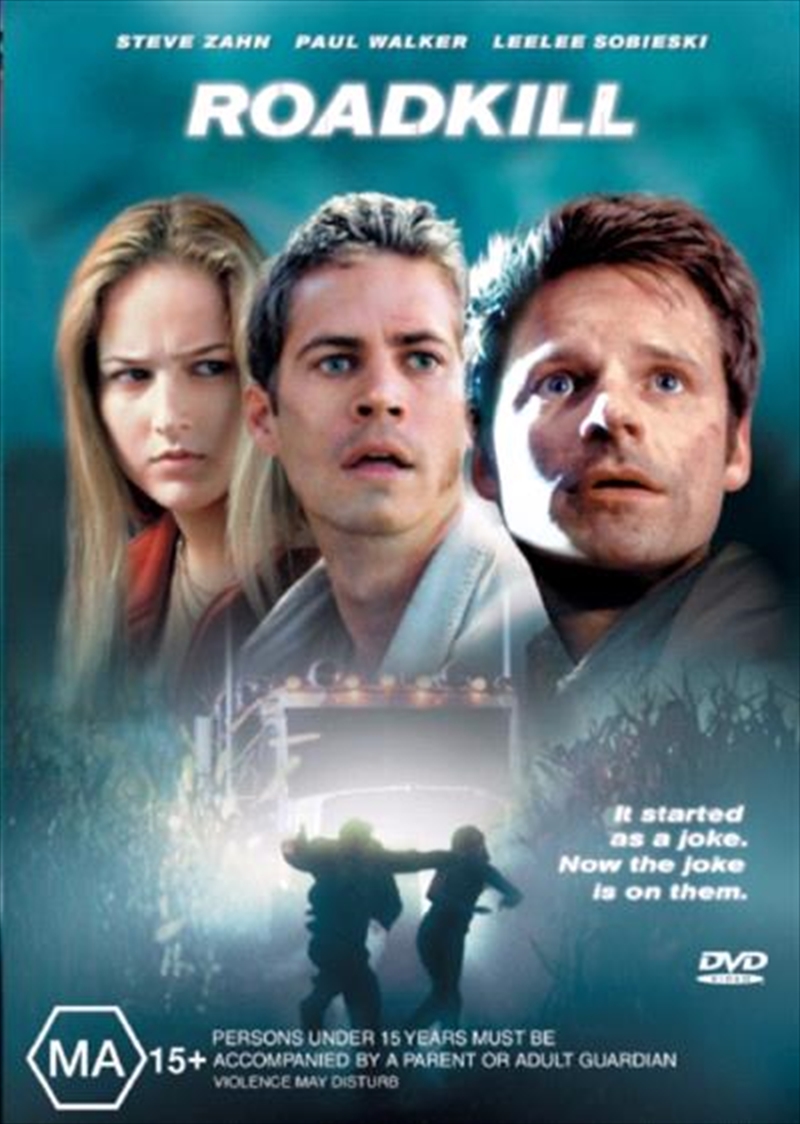 Shipping - See delivery options.
Postcode:
Quantity:
It started as a joke. Now the joke is on them. It's summer break and college freshman Lewis Thomas (Paul Walker) has decided to embark on a cross-country road trip to pick up the girl of his dreams, Venna (Leelee Sobieski). But Lewis' romantic hopes hit a detour when he stops on the way to rescue his wayward older brother Fuller (Steve Zahn), who goads him into playing a practical joke on a lonely trucker over a CB radio. Now, that trucker, an unseen and terrifying force known only by his CB handle, Rusty Nail, wants the last laugh... and revenge. Reminiscent of Spielberg's Duel, John Dahl's Roadkill is a full throttle thriller that never lets the viewer off the hook...