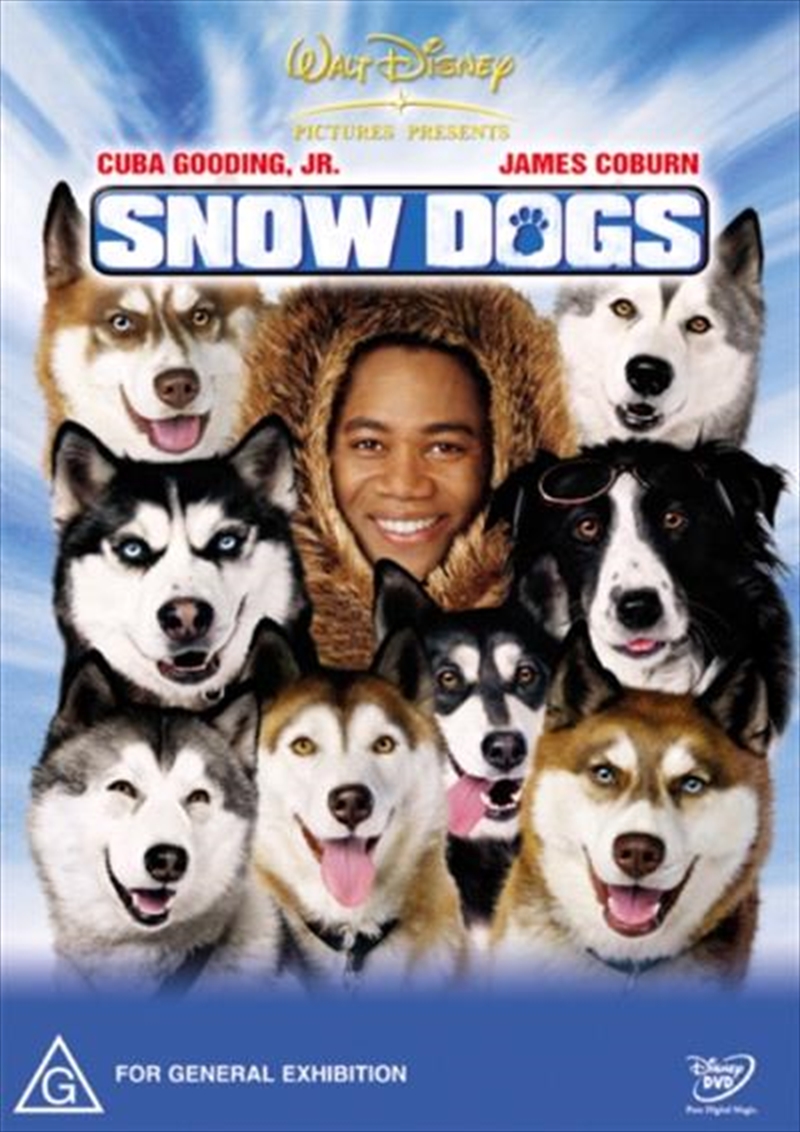 Make no bones about it, Disney's Snow Dogs is a hilarious, action packed comedy your whole family will love. Eight adorable but mischievous dogs get the best of dog hater Ted Brooks (Cuba Gooding, Jr.) when he leaves his successful Miami Beach dental practice for the wilds of Alaska to claim his inheritance - seven Siberian huskies and a border collie - and discover his roots. As Ted's life goes to the dogs, he rises to the occasion and vows to learn to mush with his inheritance. Totally out of his element, he faces challenges he's never dreamed of. There's a blizzard, thin ice, an intimidating, crusty old mountain man named Thunder Jack (James Coburn), the Arctic Challenge Sled Dog Race that's only two weeks away and a life-and-death rescue. This fish-out-of-water, tail wagging comedy is nothing but doggone good fun and a celebration of family - both human and canine!