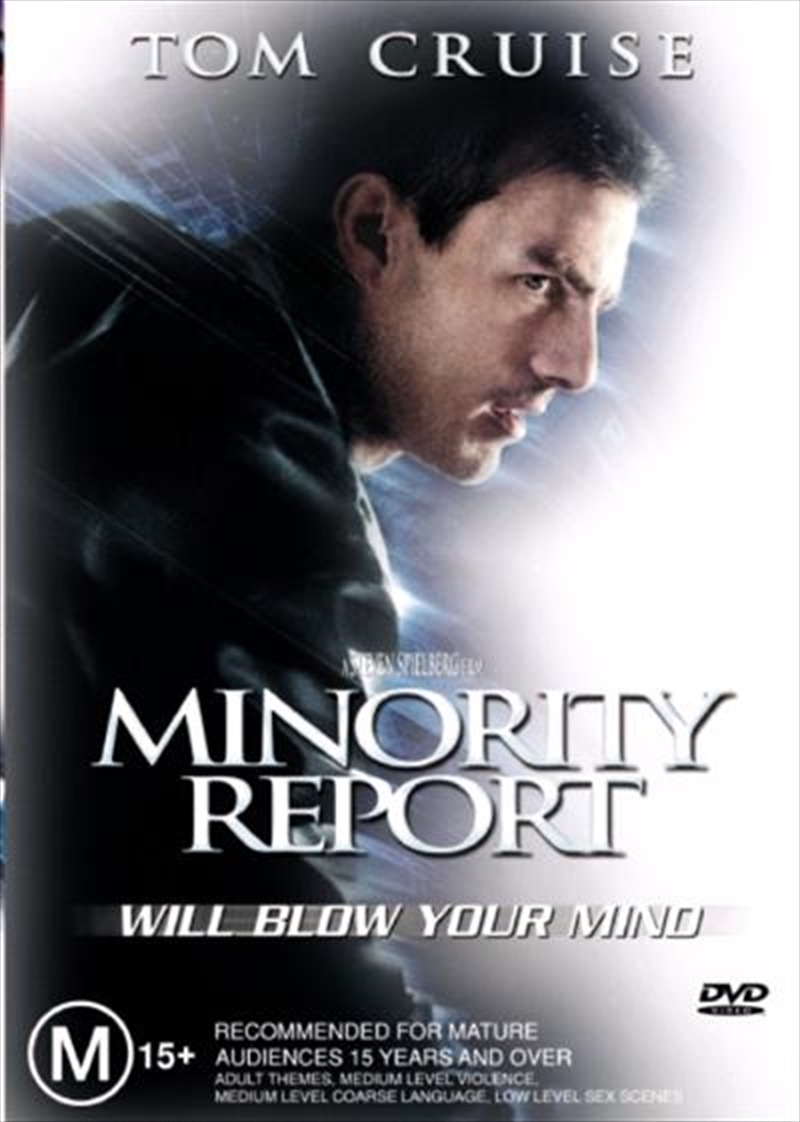 Shipping - See delivery options.
Postcode:
Quantity:
SEE MORE IN:
3 for $30 Movies & More
Superstar Tom Cruise gives his most potent action performance in Steven Spielberg's sharpest entertainment since Raiders of the Lost Ark.For 6 years, Washington DC has been murder free thanks to astounding technology which identifies killers before they commit their crimes. But when the chief of the Precrime Unit (Cruise) is himself accused of a future murder, he has just 36 hours to discover who set him up - or he'll fall victim to the 'perfect' system he helped create. It's a mind-blowing action thriller that's such an achievement it will remind you why you go to the movies in the first place.