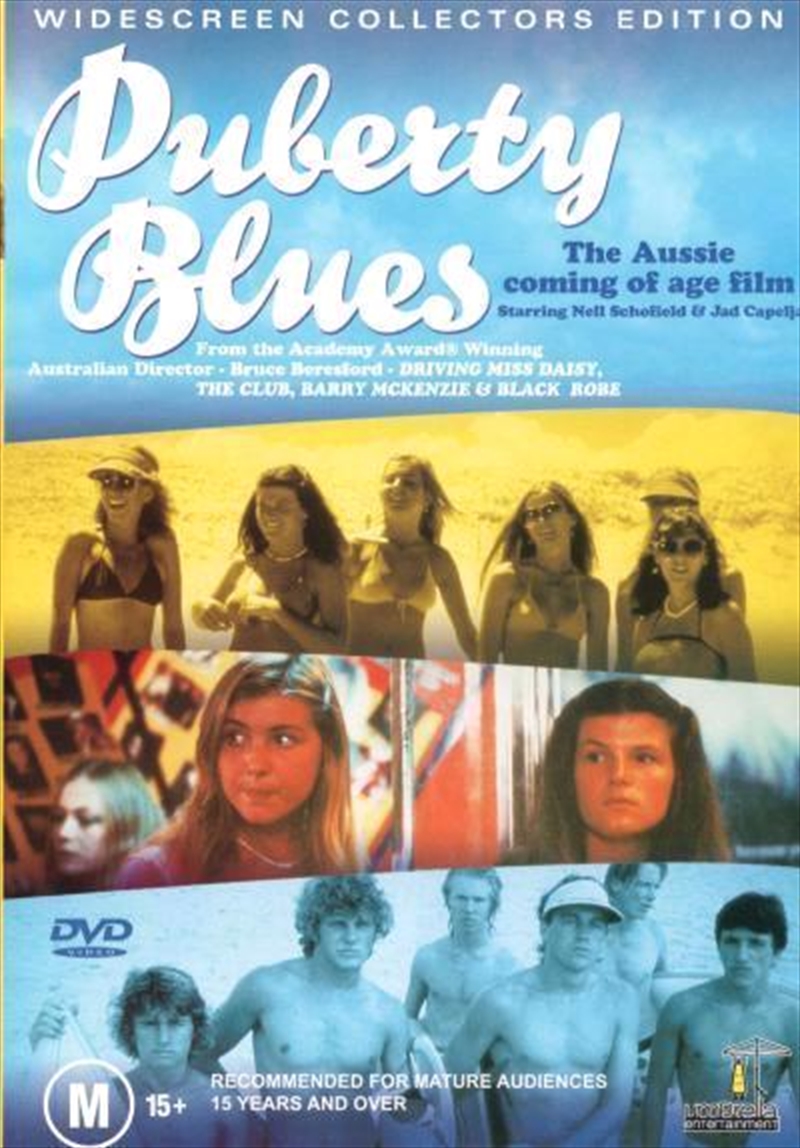 Shipping - See delivery options.
Postcode:
Quantity:
SEE MORE IN:
New Release DVD & Blu-ray 3 for $30 Movies & More New Release Movies
DESCRIPTION
Panel vans, Drive-ins, friendship rings and surfie beads... the ultimate coming-of-age film - Puberty Blues is back. Based on the novel of the same name, written by the infamous Salami Sisters, namely Gabrielle Carey and Kathy Lette, Puberty Blues traces the adventures of Debbie (Nell Schofield), and her life-long companion Sue (Jad Capelja). Two teenagers are desperately trying to break into the "in" group who dominate Greenhill beach. Once they are accepted into the group, they realise that the laid-back, ultra-cool façade is just that: a glossy cover-up. As they fall into all the group's vices, including drug usage and casual sex, they willingly present themselves to the males of the group as virtual slaves, ready to serve their pre-chosen lover's every need. Soon, though, the girls grow tired of playing the victim role, and they work to regain respect and equality. From the Academy Award Winning Australian Director - Bruce Beresford - DRIVING MISS DAISY, THE CLUB, BARRY MCKENZIE and BLACK ROBE. Puberty Blues is the ultimate Australian Beach Classic.
DETAILS

Trailer: Malcolm; The Big Steal; The Club; Ghosts Of The Cruel Dead; Dating The Enemy