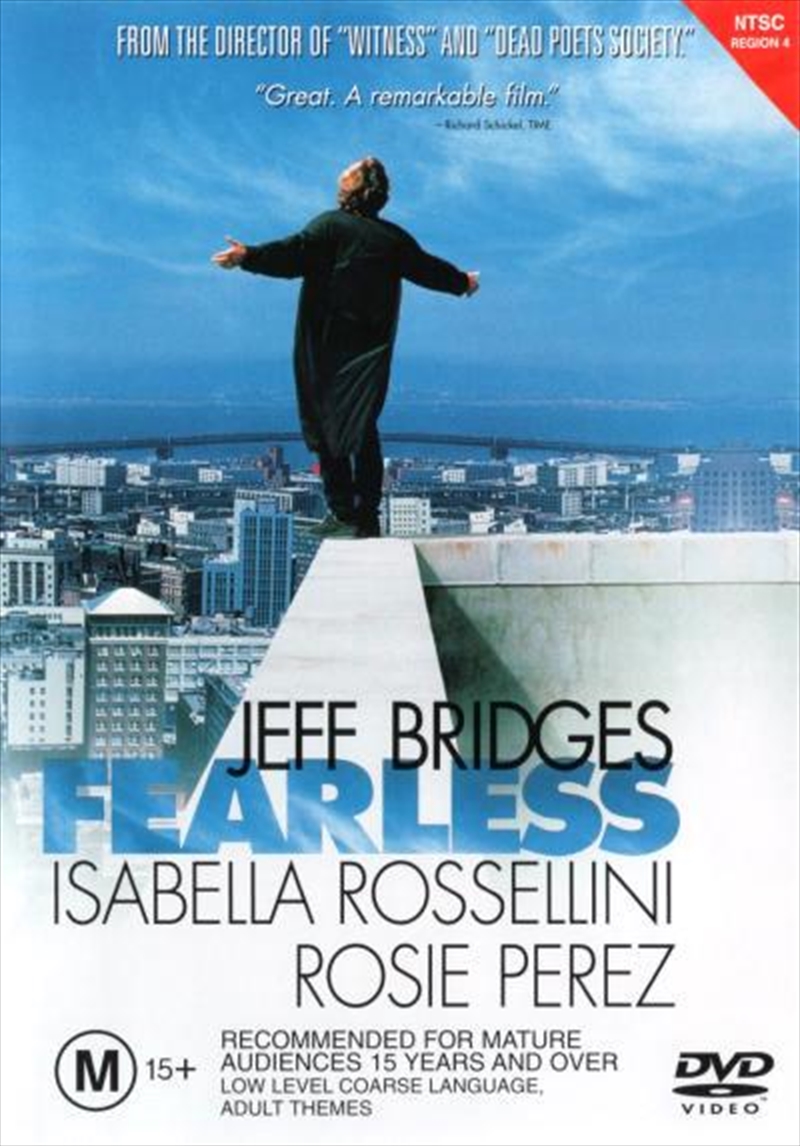 Shipping - See delivery options.
Postcode:
Quantity:
San Francisco architect Max Klein can see clearly now. He's been transformed ever since he stared death in the face - and discovered he was unafraid. Peter Weir (Witness) directs Fearless, the vivid story of how a near-death experience impacts the lives of three people. Jeff Bridges plays Max, more wildly alive and taking more risks than ever since surviving a plane crash. Isabella Rossellini is Laura, struggling to find in Max the man she married. And Rosie Perez, 1993 Academy Award nominee and Los Angeles, Boston and Chicago Film Critics Award winner as Best Supporting Actress, is fellow crash survivor Carla: alive, yet devastated by a grievous loss. It seems no one can heal her pain. But then she meets the one person who fearlessly knows how.