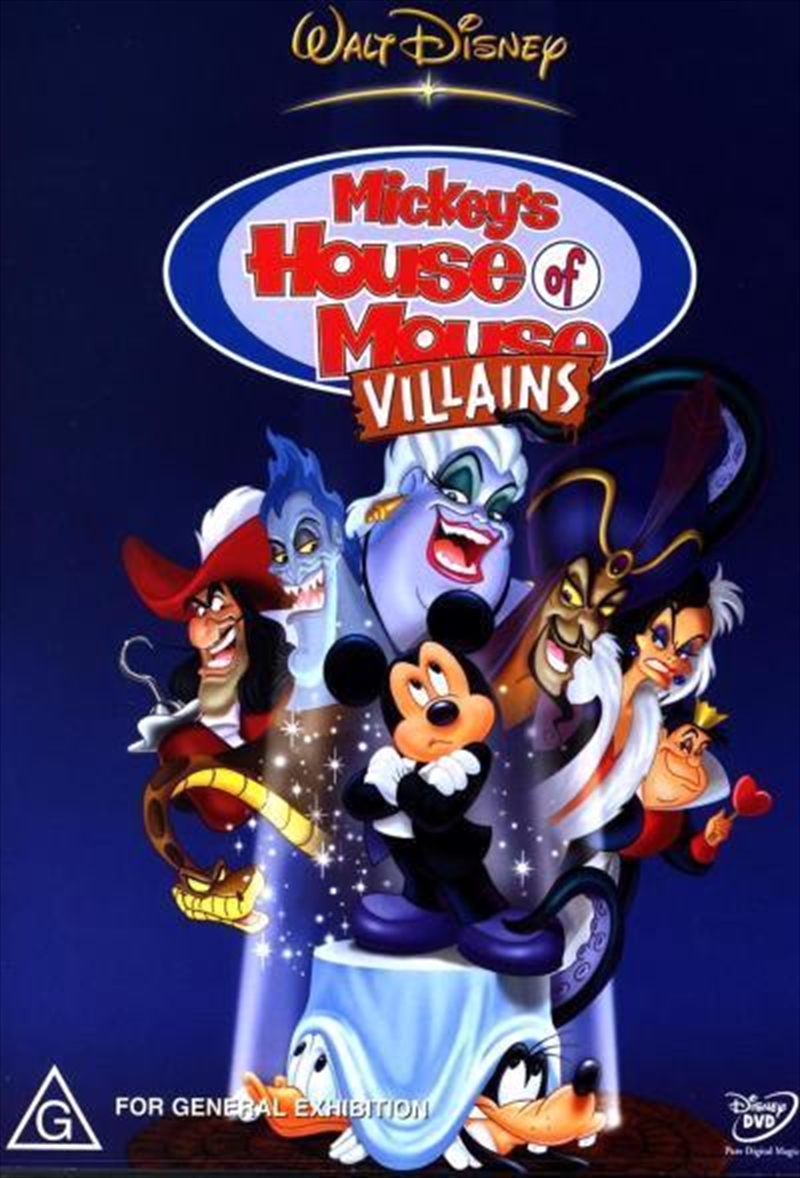 DESCRIPTION
Mickey and Disney's Greatest Villains Together for the First Time Ever!
The best meets the baddest when Mickey comes face-to-face with all of Disney's greatest villains. Packed with non-stop mischief and mayhem, and featuring an array of classic animated gems, Mickey's House of Mouse Villains will have the whole family in stitches.
Mickey and his pals have their hands full when the wicked Jafar teams up with Cruella, Hades, Ursula, Captain Hook, Maleficent and the rest of their cruel crew in a wild attempt to turn the House of Mouse into the House of Villains. Watch the ultimate face-off as these scene-stealing scoundrels grab the stage for the showstopping musical number, "It's Our House Now!".
Can Jafar and company take the house? Or will Mickey, Minnie, Donald, Pluto and Goofy close the curtain on this band of villains?
DETAILS