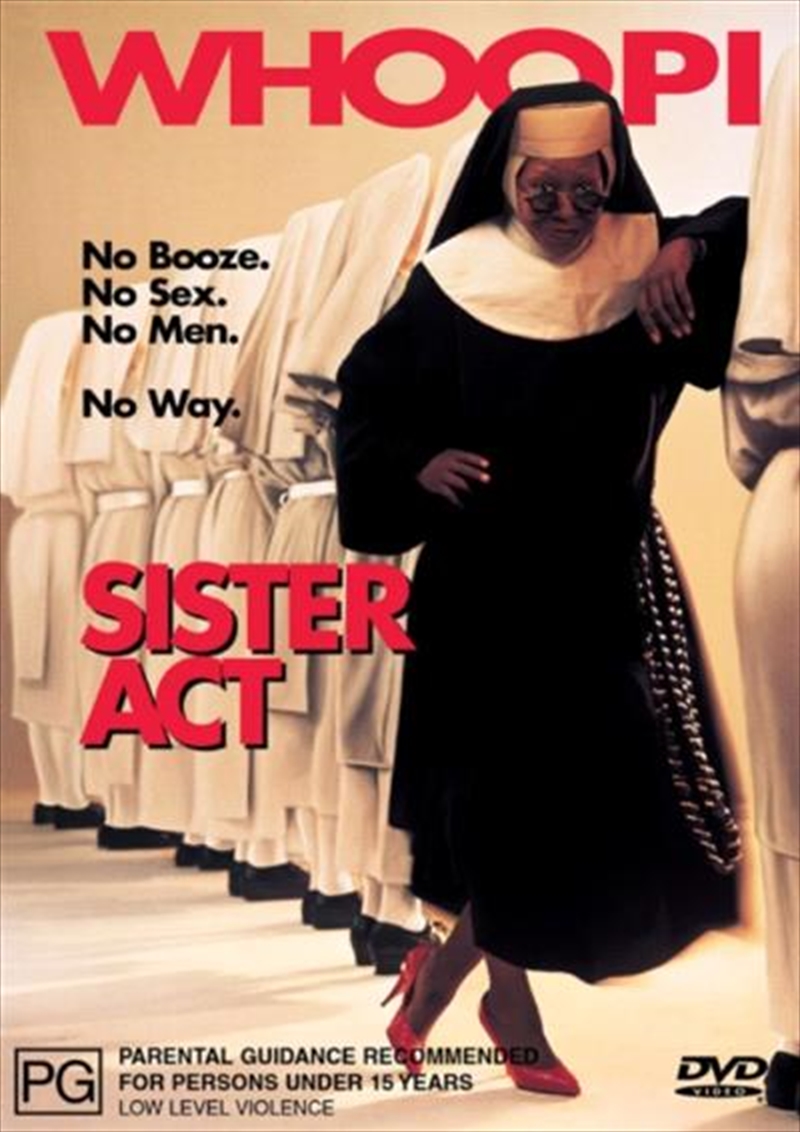 Now relive all the fun, laughter and irresistible music of the unforgettable hit comedy Sister Act! Academy Award winner Whoopi Goldberg (Ghost) stars as a sassy lounge singer forced to hide out from the mob in the last place they'd expect to look, a quiet religious convent. There, her irreverent behaviour attracts a flock of faithful followers before long she turns the nuns tone-deaf choir into a soulful chorus of swingin', singing sisters. But when the group earns rave reviews, her sudden celebrity jeopardises her hidden identity. Overflowing with laughs and 60s Motown hits, Sister Act is the divine comedy that delivers habit-forming fun every time you watch it.