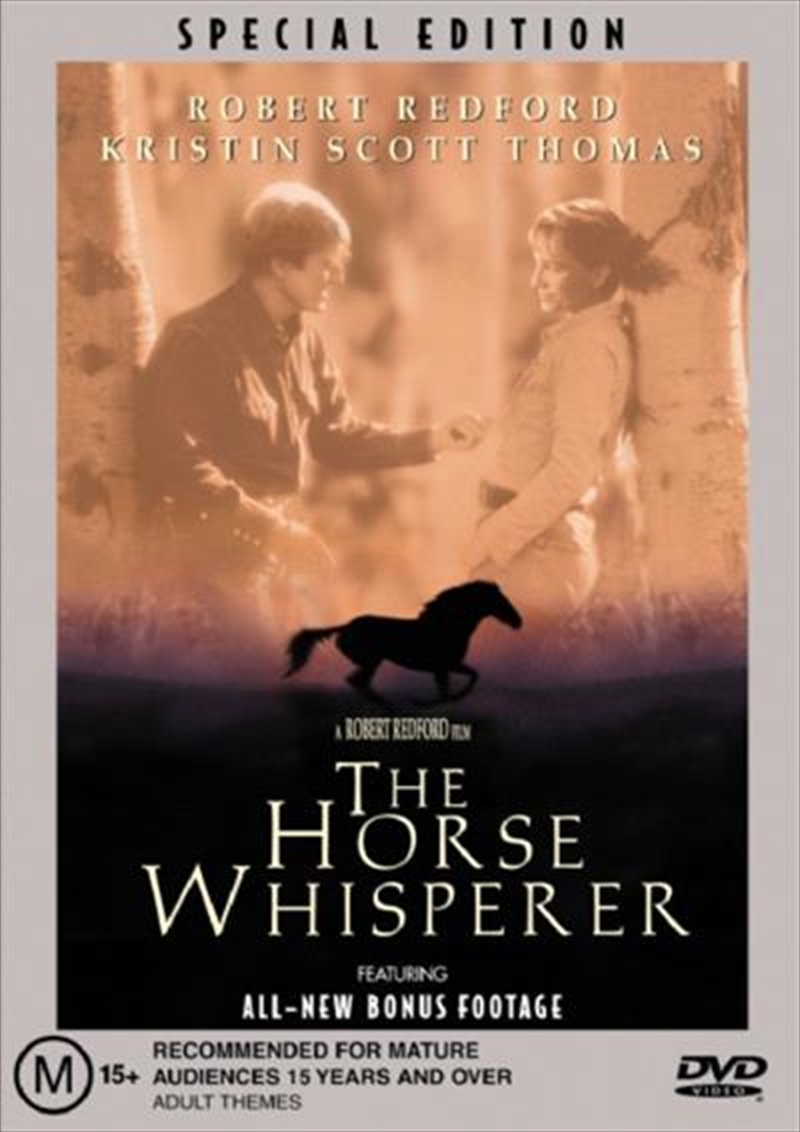 SEE MORE IN:
$10 Movies
DESCRIPTION
Academy Award winner Robert Redford (Up Close & Personal, Indecent Proposal) stars with Academy Award nominee Kristin Scott Thomas (The English Patient) in this landmark epic adapted from one of the most acclaimed novels of our time! After a devastating riding accident, a young girl and her beloved horse are both left with serious physical and emotional scars. Determined to help, the girl's desperate mother (Thomas) puts her busy, big-city life on hold and travels west to seek out the "Horse Whisperer". When she meets this rugged, down-to-earth rancher (Redford), she discovers his extraordinary gift with animals also touches the lives of people around him! Featuring Hollywood favourites Sam Neill (Jurassic Park) and Oscar winner Dianne Wiest (Bullets Over Broadway) in a superb cast critics and moviegoers alike were captivated by this powerful motion picture event!
DETAILS