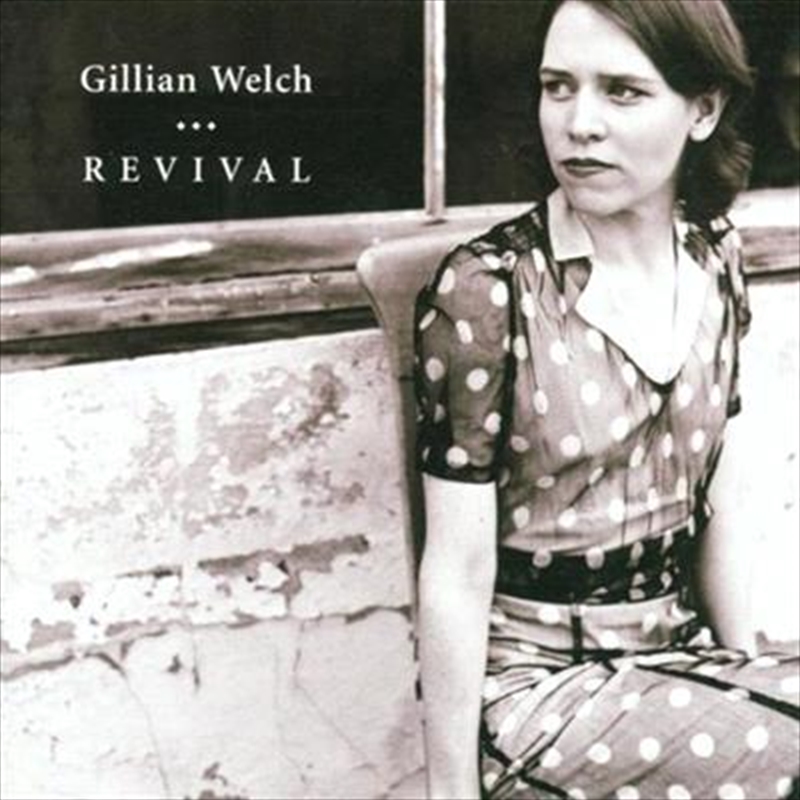 After looking at the cover of Gillian Welch's debut album, Revival, and listening to the first two cuts, "Orphan Girl" and "Annabelle," you'd be tempted to imagine that Welch somehow stumbled into a time machine after cutting some tunes at the 1927 Bristol, TN, sessions and was transported to a recording studio in Los Angeles in 1996, where T-Bone Burnett was on hand and had the presence of mind to roll tape.

It takes a closer listen to Revival to realize that Welch and her partner, David Rawlings, are not mere revivalists in the old-timey style; Welch's debts to artists of the past are obvious and clearly acknowledged, but there's a maturity, intelligence, and keen eye for detail in Welch's songs you wouldn't expect from someone simply trying to ape the Carter Family.

What's more, the subtle, blues-shot menace of "Pass You By" and "Tear My Stillhouse Down" and the jazzy undertow of "Paper Wings" point to the breadth and depth of Welch's musical vision, which encompasses a spectrum broader than the rural musics of the 1920s and '30s.

If Welch and Rawlings often reach to sounds and styles of the past on Revival, they do so with an unaffected sincerity and natural grace, and the album's best moments ("Orphan Girl," "One More Dollar," and "Tear My Stillhouse Down") are the work of a gifted singer and songwriter who knows how to communicate the sounds of her heart and soul to others, and producer Burnett gets those sounds on tape with unobtrusive skill. A superb debut.

Tear My Stillhouse Down

Only One And Only