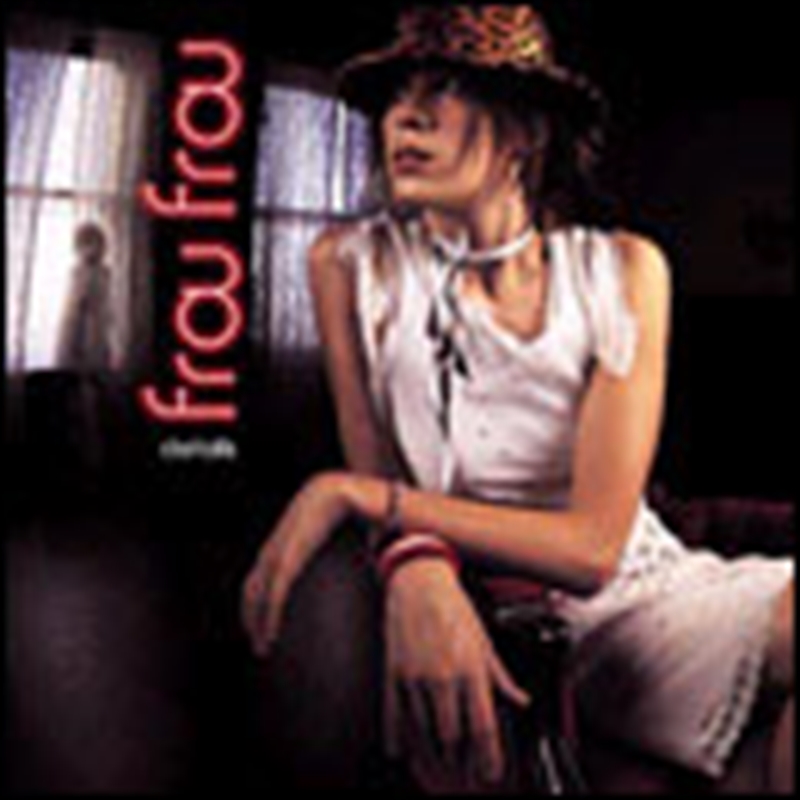 Want to click and collect? Check store availability
DESCRIPTION
She is the voice. A rare voice that enchants the heart, engages the mind, transports the soul. It's a voice that can soar breathily to celestial bliss or drops into the lower register to epitomize a different mood; gracefully articulate inventive lyrics, then slip into sighs and syllables that are a language of their own. She is Imogen Heap - 24 years old, 6 feet tall-and magic comes out of her mouth.

He is the sound. A producer and songwriter at the forefront of today's most innovative electronic music. He's worked extensively with Seal and Bjork. He's also the man behind Madonna's 'What It Feels Like For A Girl'. He is Guy Sigsworth, a sorcerer of sonics. Together, as Frou Frou, both Imogen Heap and Guy Sigsworth have met their match in each other. For 'Details', the London-based duo's debut CD, their combined talents have created some truly incredible songs. Real songs, with melody and meaning, not mere sweet diva delivery over stream-of-consciousness noise. "These are songs we've spent years putting everything into", says Imogen of the fruits of Frou Frou's labours.

And what succulent fruits they are: The multi-tiered strings and swathed vocals of lead-off track 'Let Go'. The gently buoyant rhythms of first single 'Breath In'. Giddy joyrides like 'It's Good to Be in Love'; positive tunefulness with edgy undercurrents in 'Shh'; dreamy melodrama rolling in the thunderheads and tolling in the bells of 'Psychobabble'. Wherever you turn, something unique-and uniquely pleasurable-comes out to play.

It's Good To Be In Love

The Dumbing Down Of Love