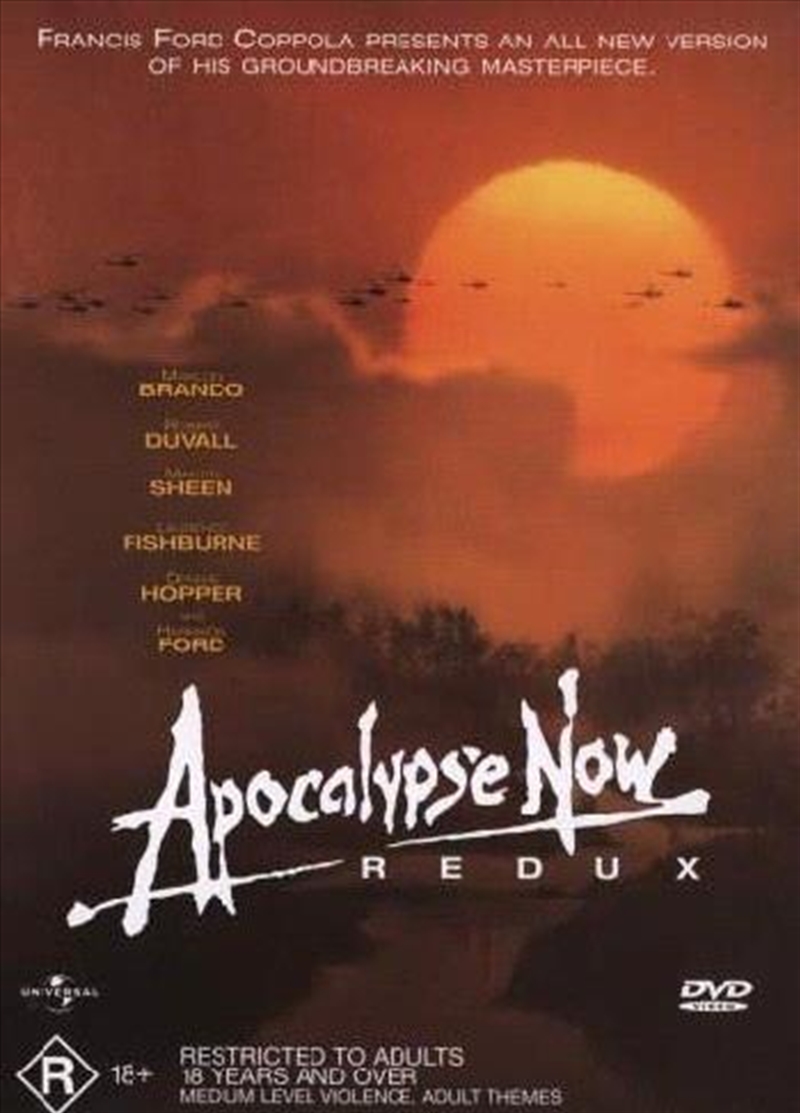 Apocalypse Now Redux - The definitive version of Francis Ford Coppola's stunning retelling of Joseph Conrad's classic novella "Hearts of Darkness" set against the Vietnam War stars Marlon Brando, Robert Duvall, Martin Sheen, Laurence Fishburne, Dennis Hopper and Harrison Ford. Nominated for 8 Academy Awards, the story tracks the journey of Captain Willard (Martin Sheen), a U.S. Army intelligence officer sent on a hazardous mission up river into Cambodia to terminate "with extreme prejudice" an American renegade colonel named Kurtz (Marlon Brando) who has spun out of control and out of his mind in a remote jungle compound. Featuring 49 minutes of never-before-seen footage Francis Ford Coppola states "Ultimately, my aim with Apocalypse Now Redux was to achieve a richer, fuller and more textured film experience that, as with the original, lets audiences feel what Vietnam was like: the immediacy, the insanity, the exhilaration, the horror, the sensuousness and the moral dilemma of America's most surreal and nightmarish war."