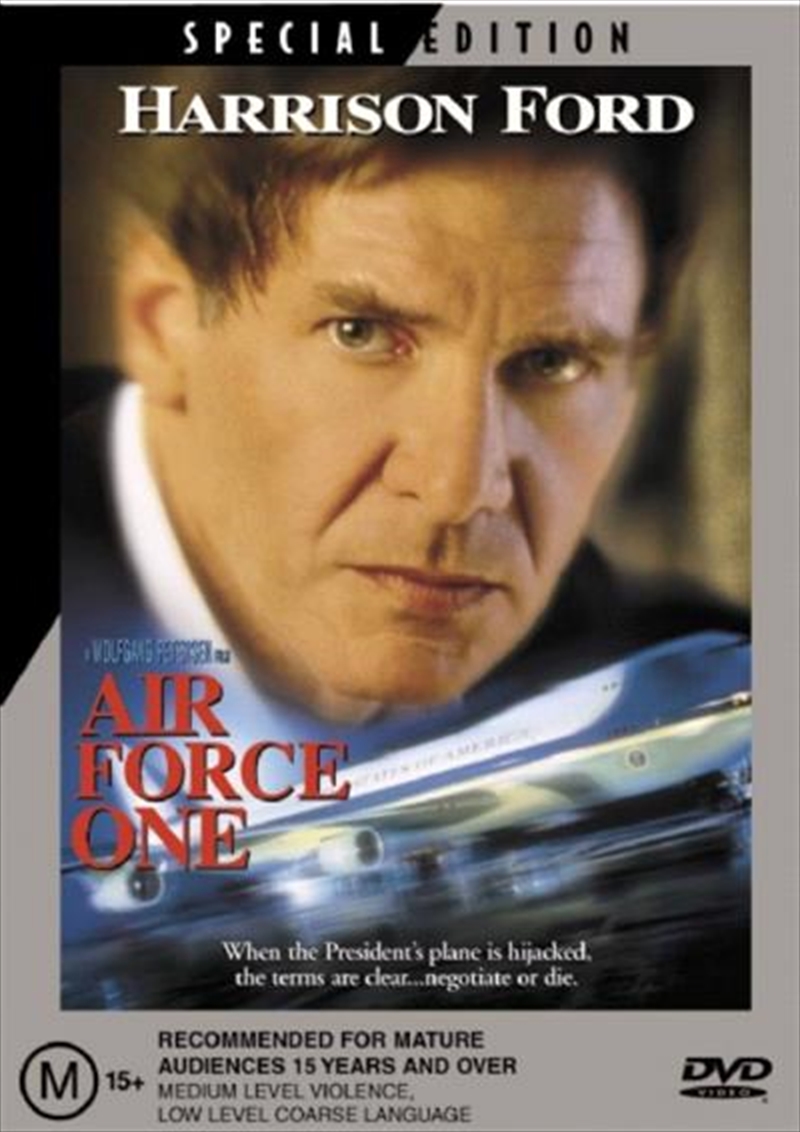 In his most powerful role ever, Harrison Ford is the President of the United States in the must-see blockbuster action thriller of the year...AIR FORCE ONE! Aboard the presidential plane - the most heavily guarded aircraft in the world - President Marshall (Ford) is returning home with his wife, daughter and a planeload of top government officials. But no sooner have they lifted off when the plane is hijacked by Communist radicals, led by the ruthless terrorist Korshunov (Gary Oldman - The Fifth Element). Unless his country's imprisoned dictator is freed, Korshunov will start killing passengers. Now, the most protected man in the world must take responsibility himself for the safety of all onboard and the future of the free world! With high-stakes action and suspense, AIR FORCE ONE is sky-high thrills at Mach speed!