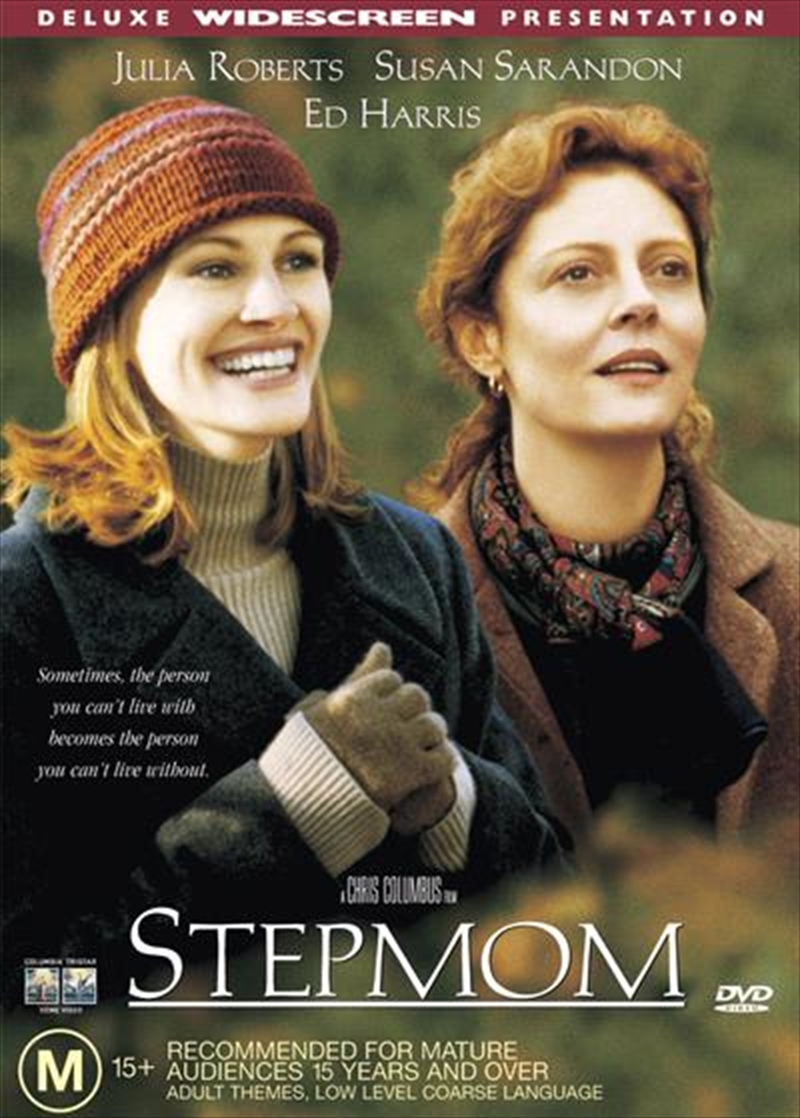 Shipping - See delivery options.
Postcode:
Quantity:
Anna and Ben, the two children of Jackie and Luke, have to cope with the fact that their parents divorced and that there is a new woman in their father's life: Isabel, a successful photographer. She does her best to treat the kids in a way that makes them still feel at home when being with their dad, but also loves her work and does not plan to give it up. But Jackie, a full-time mother, regards Isabel's efforts as offensively insufficient. She can't understand that work can be important to heras well as the kids. The conflict between them is deepened by the sudden diagnose of cancer, which may be deadly for Jackie. They all have to learn a little in order to grow together.

behind-the-scenes featurette on 'the making of stepmom'

filmographies of the director and key cast