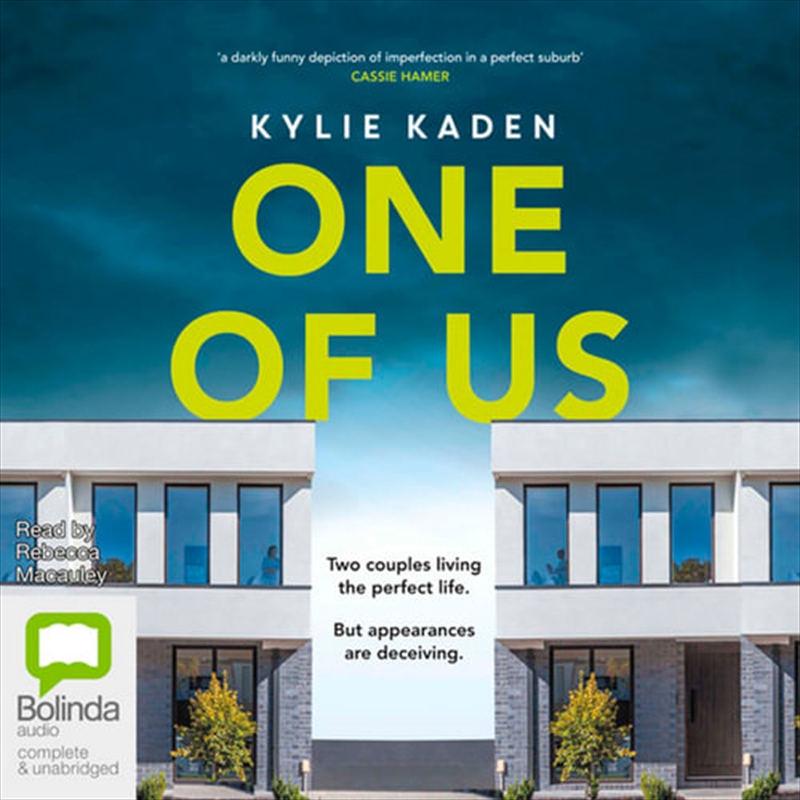 Behind the tall hedges of the affluent, gated community of Apple Tree Creek, not all is as it seems.

Out of the blue, Gertie’s husband decides they need a break and leaves her with their three children. Two streets east and three gardens down, successful businesswoman Rachael discovers her husband has cheated on her – again – even though she’s pregnant with his third child. Thrown together by a chance encounter, the two women bond over the shared disaster that is their marriages.

When one of their husbands is attacked and ambulance sirens cut through the serenity of manicured gardens and cobblestone streets, the small community is shocked at the violence that’s played out in their midst. CCTV reveals no outsiders visited the estate that night, confirming that the assailant must be one of their own.

As the web of neighbourly relationships unravels and the secrets of Apple Tree Creek are exposed, one question will be asked – which one of us is willing to kill?

Book junkie Kylie Kaden knew writing was in her blood from a young age, sneaking onto her brother’s Commodore 64 to invent stories as a child. Raised in Queensland, she spent holidays camping with her parents and two brothers on the Sunshine Coast, inspiring the costal settings in her novels.

Her breakthrough debut Losing Kate took shape while on maternity leave from her day job, as she sipped tea at the kitchen bench, often with a toddler on her lap and ABC Kids chirping in the background. Her first manuscript was plucked from the slush pile of a major publisher and later translated internationally. Missing You, was published in 2015 to critical acclaim. Her novel, The Day the Lies Began is a thought-provoking tale in which the role of hero and villain is murky, leaving readers uneasy about which character to side with, and forced to look within their own conscience for clarity.

Title: One Of Us