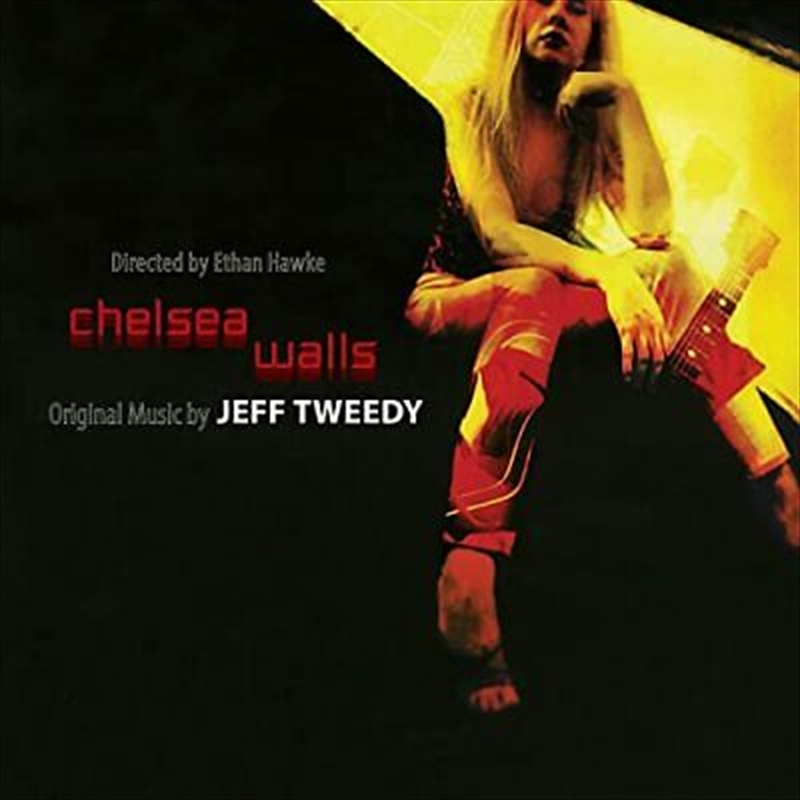 Around this time, Tweedy had collaborated with musician and producer Jim O’Rourke (Sonic Youth, Stereolab) for a special live performance. As fate would have it, O’Rourke had been working Glenn Kotche, and O’Rourke introducing Tweedy to Kotche would lay the groundwork for the trio’s work together on the debut album by their band, Loose Fur. Tweedy also asked Kotche to work with him on an improvised soundtrack to the movie he had agreed to score. The relationships moved past Loose Fur and the Chelsea Walls soundtrack. Wilco was in the process of a creative sea change, the result of which would be the modern-day masterpiece, Yankee Hotel Foxtrot. Kotche joined Wilco and O’Rourke mixed Yankee Hotel Foxtrot.

The soundtrack to Chelsea Walls featured improvised instrumentals by Tweedy and Kotche, as well as vocal performances from the film’s Robert Sean Leonard (whom Hawke met when they both worked on the film Dead Poet’s Society), Steve Zahn (Reality Bites, That Thing You Do!), jazz legend “Little” Jimmy Scott, plus contributions from Billy Bragg, and Wilco themselves.

Two decades later, this influential soundtrack returns, not only with two previously unissued bonus tracks, but for the first time as a double-vinyl LP, including an online exclusive colored vinyl variant. (www.omnivorerecordings.com). The bonus tracks include Leonard’s performance of Wilco’s “Promising” previously only available in the film, and an extended version of Tweedy & Kotche’s “Finale.” The packaging contains new photos, new and original liners from Hawke, a remembrance from Kotche, and an interview between Tweedy and Grammy®-winning set producer Cheryl Pawelski.

Chelsea Walls is a pivotal piece in the creative development of Tweedy and Wilco as they emerged into one of the most important bands of our time. Critically, it revisits the creative burst that would lead to one of the first true masterpieces of the 21st Century in Yankee Hotel Foxtrot.

9 Hello, Are You There? - Jeff Tweedy & Glenn Kotche