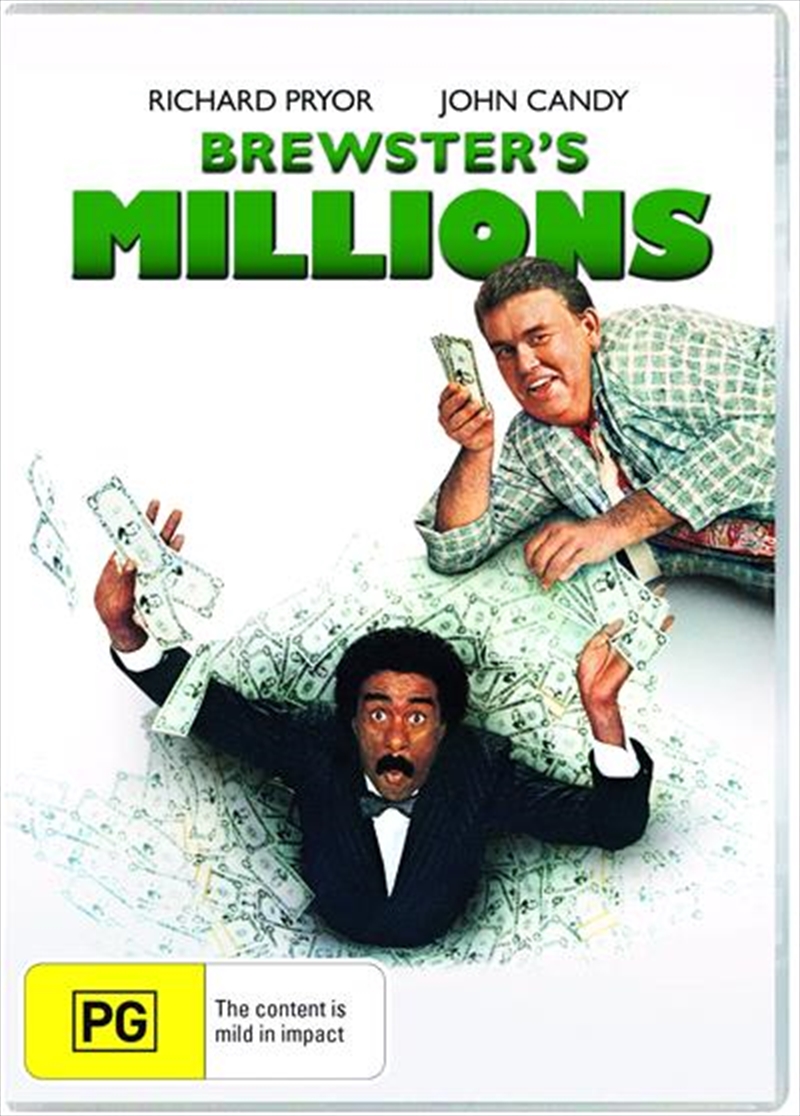 Shipping - See delivery options.
Postcode:
Quantity:
SEE MORE IN:
2 for $20 Movies & More
Could you spend $30 million in 30 days and have nothing to show for it? That's exactly what Richard Pryor has to accomplish in this hilarious contemporary version of the classic big money comedy. Montgomery Brewster (Pryor) is a down-and-out baseball player who discovers that he's the only living relative of an eccentric multi-millionaire (Hume Cronyn). Monty stands to inherit $300 million, but only if he can spend $30 million in a single month without acquiring any assets. If he fails, it's back to zero again. On hand to help Pryor spend his loot are John Candy, Lonette McKee and Stephen Collins. This outrageous spree-for-all is directed by Walter Hill and produced by Lawrence Gordon and Joel Silver, with a screenplay by the team that wrote Trading Places. It's an American excess story that's enriching to funny-bones of all ages.