Tell It To The Judge 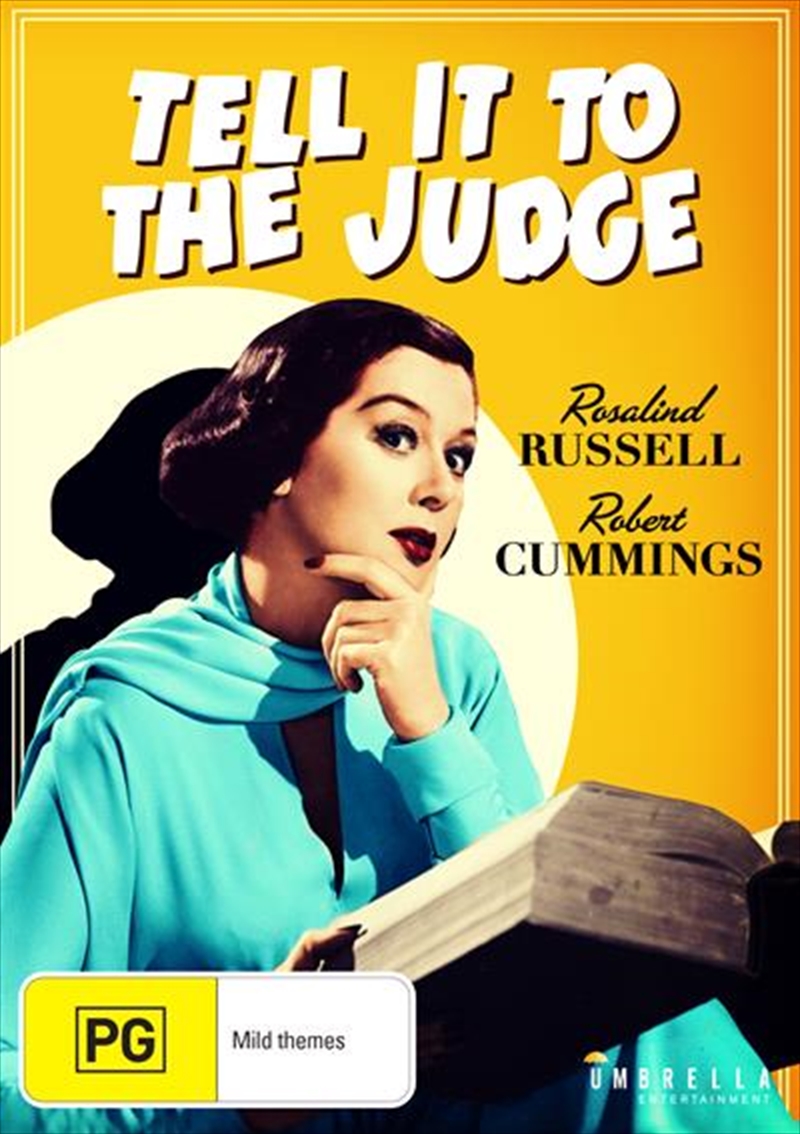 Tell It To The Judge

Shipping - See delivery options.
Postcode:
Quantity:
SEE MORE IN:
New Release DVD & Blu-ray 3 for $30 Movies & More New Release Movies
DESCRIPTION
Marsha Meredith (Rosalind Russell), an attorney-at-law, is nominated for a Federal judgeship but her nomination is opposed by a Good-Government group who think her divorce makes her unfit for the job. This evolves into situations happening in Florida, New England, Washington D.C. and the Adirondacks, such as the misunderstood husband trying to win back his wife, and the misunderstood wife trying to make her husband jealous, and one case of mistaken identity after another, after another.
DETAILS

Title: Tell It To The Judge