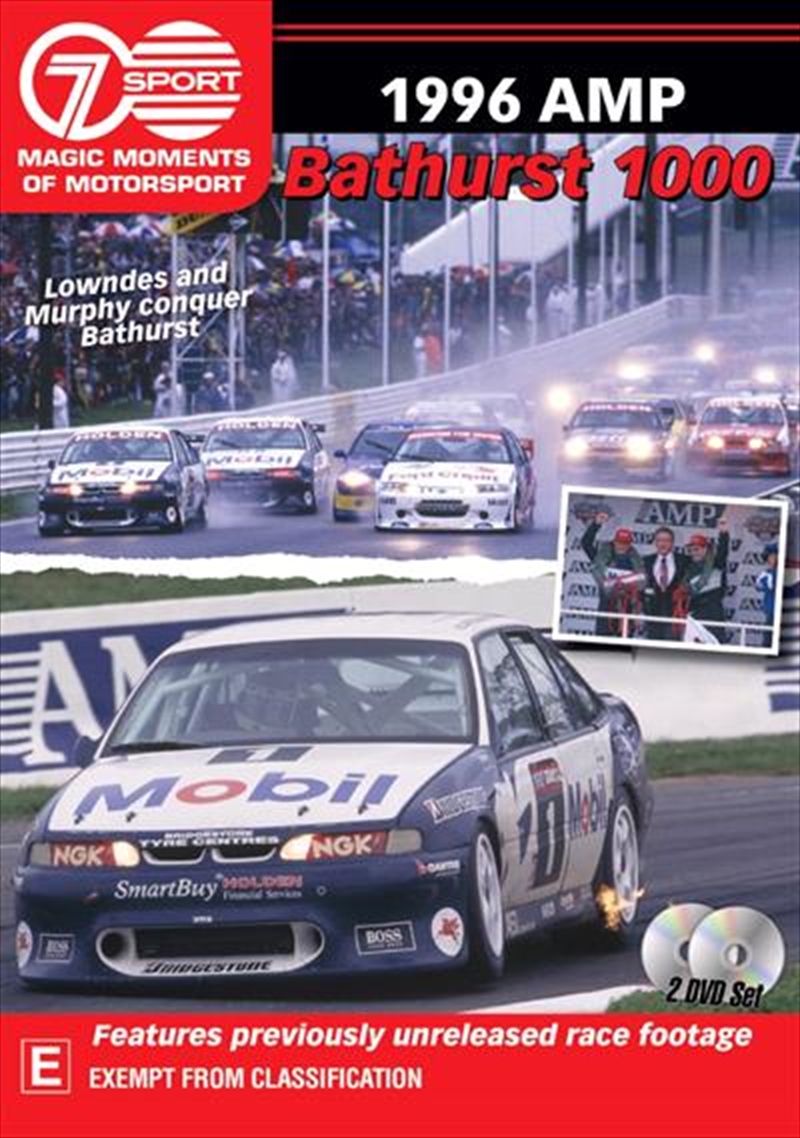 Shipping - See delivery options.
Postcode:
Quantity:
The 1996 Bathurst 1000 remains a special memory in the history of The Great Race, with the Seven Sport race day telecast released here for the first time on DVD as part of the popular Seven Sports Magic Moments of Motorsport series. The 1996 event marked the first Bathurst 1000 victory of two men who would go on to become legends of the Mountain: Craig Lowndes and Greg Murphy. This special DVD release also includes the Formula Ford and two-litre Super Touring support races along with a range of unseen race action that unfolded during commercial breaks!