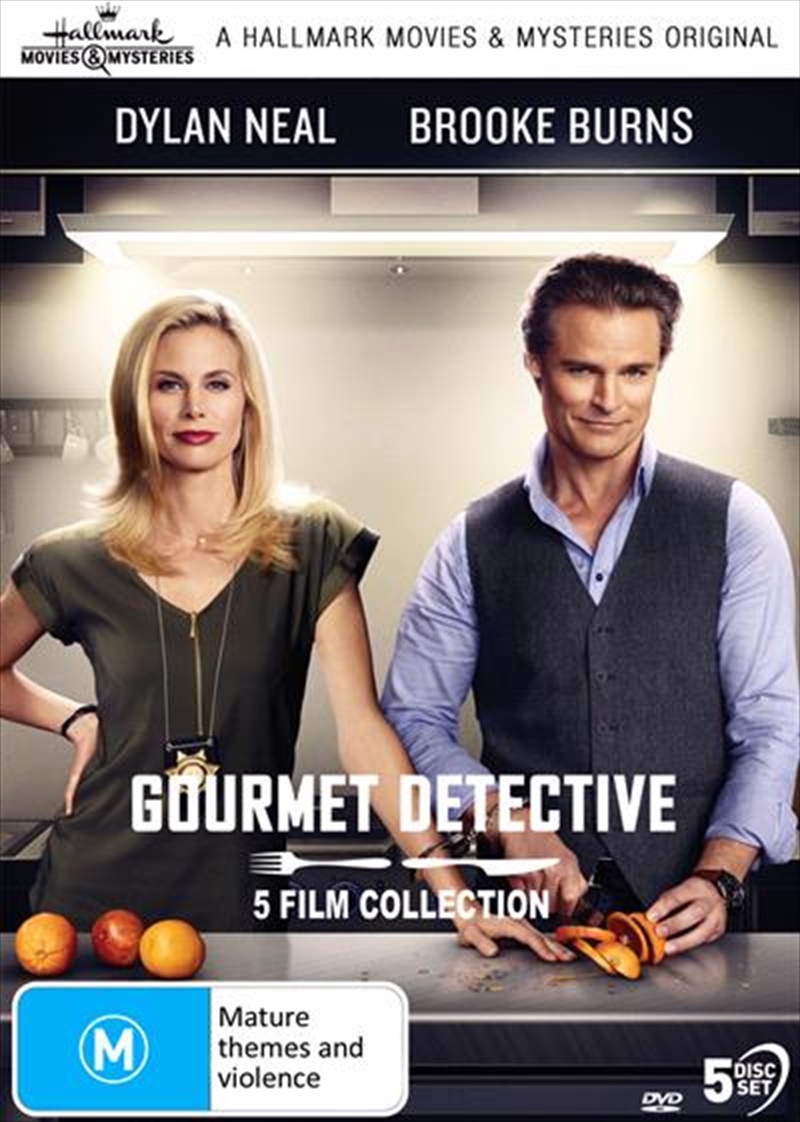 Shipping - See delivery options.
Postcode:
Quantity:
SEE MORE IN:
New Release DVD & Blu-ray New Release Movies
DESCRIPTION
GOURMET DETECTIVE: Maggie Price is a tough workaholic detective with the San Francisco Police Department and works in the homicide division. Recently divorced, she lives with her mother and thirteen-year old daughter Abigail. A casual date turns into an encounter with the gourmet detective Henry Ross who portrays himself as a charming and confident man with a refined taste for food. They are thrown together when an investigative journalist dies at a restaurant owned by Henry's friend. All guests are suspects including Henry but he is paired up with Detective Maggie Price since he knows everyone and everything about the food industry in town.
GOURMET DETECTIVE: A HEALTHY PLACE TO DIE: Forced to take a vacation, Detective Maggie Price reluctantly accompanies Henry to a spa resort where Henry and other chefs are presenting their work at a conference. Henry meets journalist Kathleen Evans who has something to tell him but she goes missing the same night. Henry and Maggie must work quietly to catch the unsuspecting culprit as secrets, affairs, and scandals emerge.
DEATH AL DENTE: A GOURMET DETECTIVE MYSTERY: Henry's friend and restaurateur Leo owns the hottest Italian restaurant in town but it is evident he doesn't get along with his star head chef Matteo. After a break-in at the restaurant, Leo ends up dead with Henry and Maggie working the case. Tensions between them increase as their exes reappear. Both are forced to question their feelings for each other while the case leads them to Leo's family treasure.
GOURMET DETECTIVE: EAT, DRINK, AND BE BURIED: Henry and Maggie have been together for three months now. They attend a wealthy businessman and Henry's friend, David Weston's birthday party where Henry is catering food. During an enactment of a scene from the eighteenth century, a fake gun ends up killing one of David's four children. It is up to Henry and Maggie to find the killer as it gets likelier that they may be a family member, and that other family members may also be in danger.
ROUX THE DAY: A GOURMET DETECTIVE MYSTERY: Henry is hired to authenticate and purchase a long lost and very valuable recipe book. Soon Henry and Maggie find themselves in a murder mystery where secrets hidden within a treasured book have dire consequences for all who own it.
DETAILS