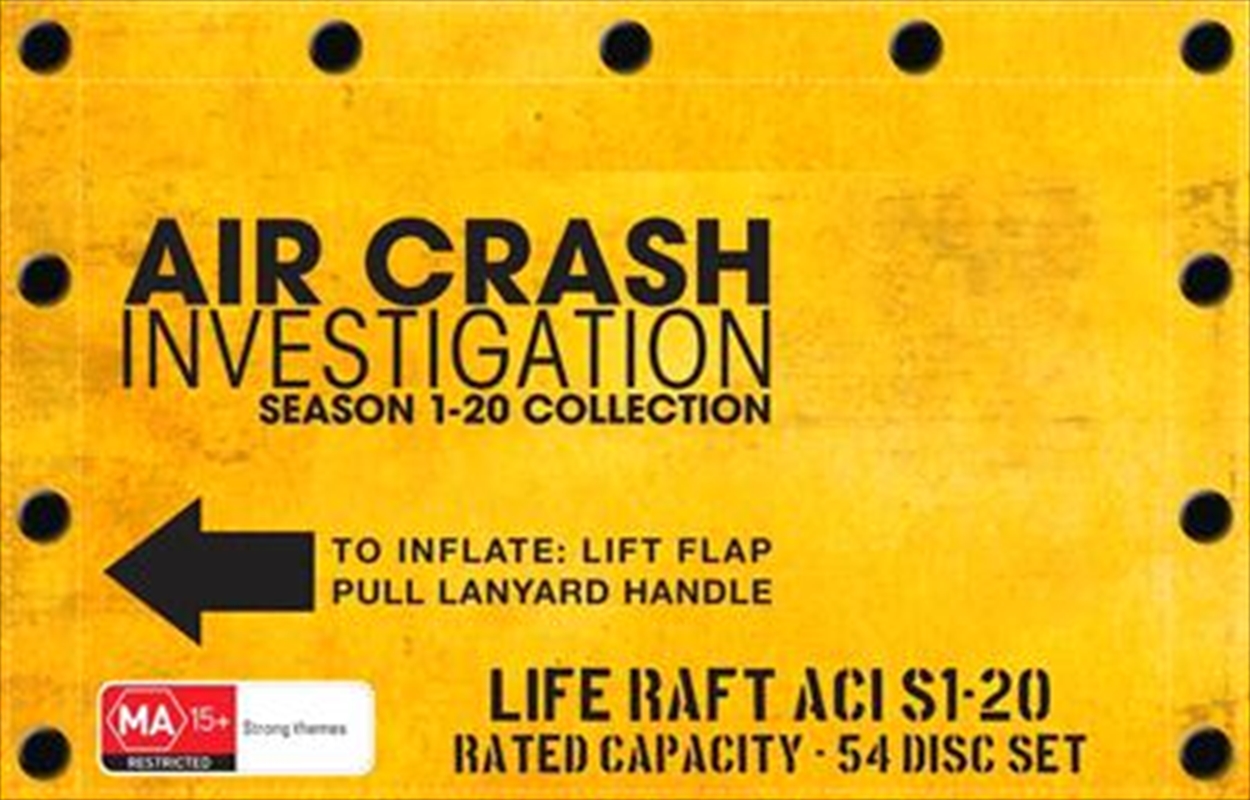 Shipping - See delivery options.
Postcode:
Quantity:
SEE MORE IN:
New Release Movies Air Crash Investigation
DESCRIPTION
A gripping non-fiction series, Air Crash Investigations (known overseas as MAYDAY) investigates recent highprofileair disasters to uncover how and why they happened. Air Crash Investigations depicts the chaotic fearamong the passengers, the struggles in the cockpits, on the bridges, or in the engine rooms, and the franticattempts on the ground to avoid the impending catastrophe.Air Crash Investigations follows survivors, family members of victims and investigators as they piece togetherthe evidence of the causes of major accidents.Each episode of Air Crash Investigations provides a compelling, in-depth look at one particular aspect of safety;the timing of safety checks, how to survive a missile strike, and what happens when dubious information isprogrammed into a sophisticated nautical weapons system. Every accident offers valuable lessons about airtravel that ultimately make flying safer.
DETAILS