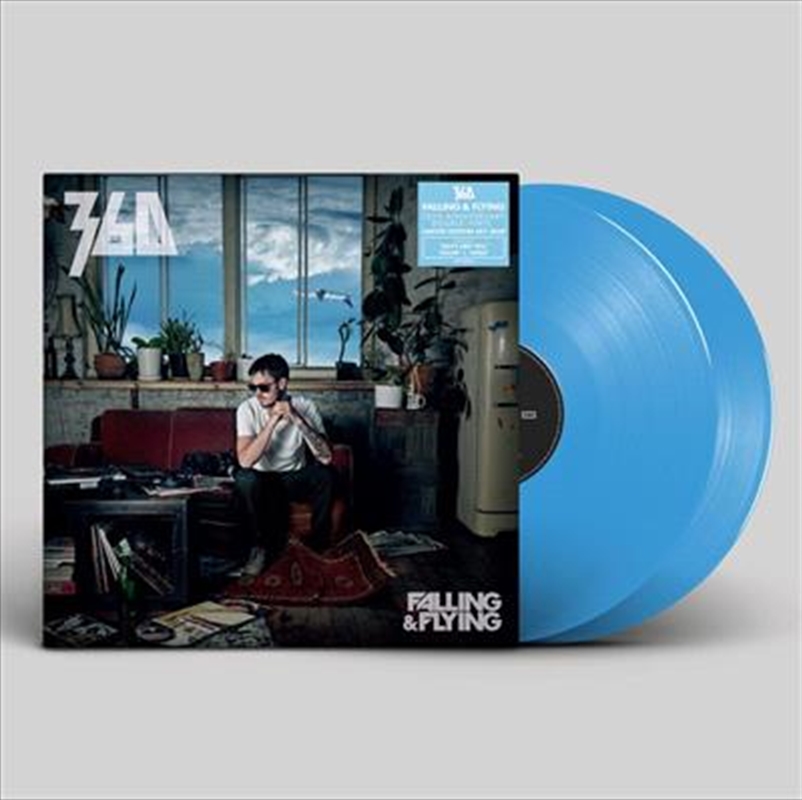 Today, Falling & Flying which is scheduled for it’s 10th anniversary re-issue release, reads like pages torn from the diary of a 24-year-old teetering on the brink. The 13 tracks range from deeply personal revelations of family trauma to the fight with addiction that would soon consume him to well, more playful, party-centric territory.

"In terms of the material," he says, "I was feeling a bit hesitant about whether I was giving too much of myself, being way too super-personal. I always fight with that. It can get pretty intense. I'm always thinking maybe I should dial it back a bit. But that's just how I write."

For all its confessions of human frailty, Falling & Flying is a beast of an album, steeped in the determination and resilience that would put 360 in his own league. Originally delayed due to the famous Go-Karting accident that nearly cost him his life, it culminated in a national tour opening for his childhood hero Eminem, and awards for Best Production [Styalz] and Breakthrough Artist at the 2012 ARIAs.

"It's so surreal looking back," says Matt Colwell, aka 360, as the 10th anniversary of his landmark work approaches. "I went through so many internal battles making that album.

"I was getting heavily into melodic songwriting; taking on a lot of pop, indie and electro influences. Coming from the background that I did musically, I thought it wouldn't be accepted by the hip-hop world; that people would turn on me. In the end I thought, 'I can't do what I think people want me to do. I need to do what I feel.' So I went for it."

His instinct proved right. Apprehension gave way to acclaim as Matt's intentions to lay his life on the line and follow his heart were spectacularly vindicated. I Just Got Started, featuring long-time friend Pez, went Gold in December 2010: the first of what would be an astounding run of seven singles.

For almost two years, 360 was a constant presence on the alternative airwaves. Run Alone was another gold seller, Child went platinum and the era-defining Boys like You, one of several tracks featuring Melbourne vocalist Gossling, shifted 4 x platinum to become the fourth highest-selling Australian single of 2012.

2. Miracle In A Costume (Feat. Gossling)