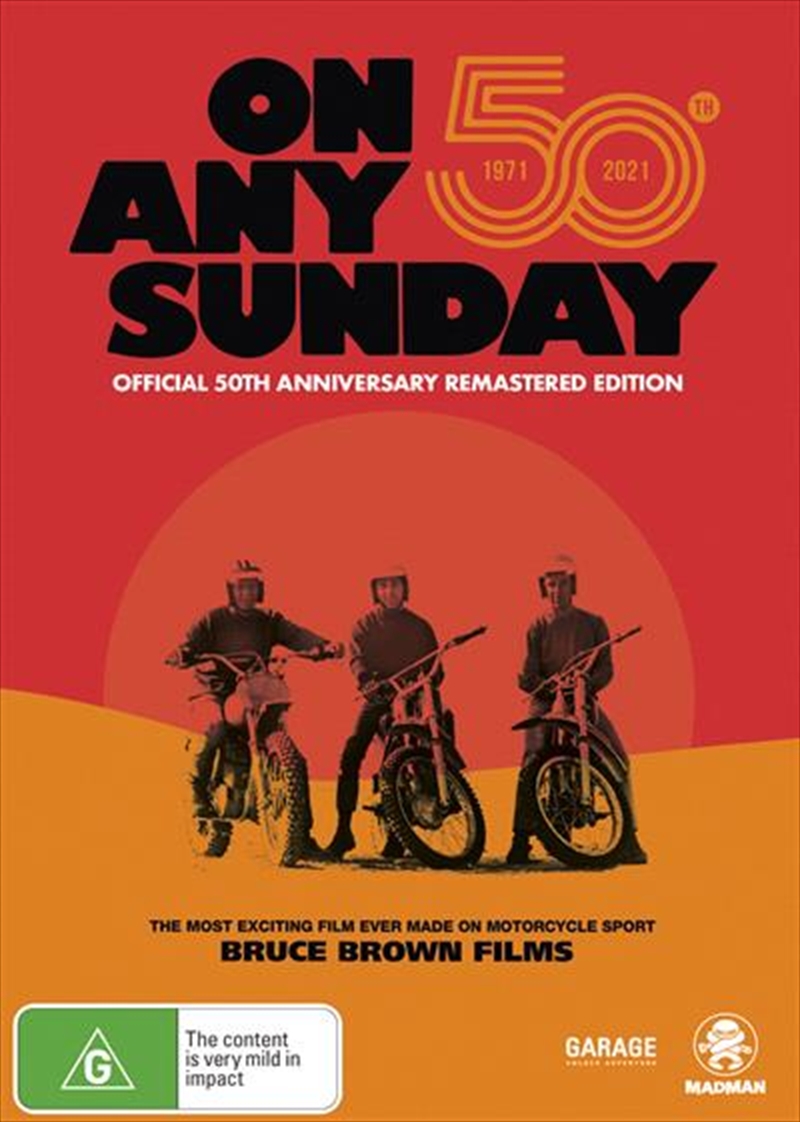 SEE MORE IN:
New Release DVD & Blu-ray New Release Movies 2 for $40 Movies All 2 for $40
DESCRIPTION
Motorcycle Sport and the men who ride them ON ANY SUNDAY - A film by Bruce Brown

"I think Bruce Brown's motorcycle film "On Any Sunday" is the best thing that has ever happened to motorcycling. The audience is taken on a visual ride in what I believe is finally the definitive film on motorcycling. To me it is an unforgettable film, and I was very happy to be a part of it in some small way." - STEVE McQUEEN. Writer, producer and director Bruce Brown explores this dizzying and intoxicating world of rugged road riders where cycles hit incredible speeds. Segueing into the grueling excitement of a muddy and murderous motocross race, we then move on to the tortuous mayhem of the Mexican 1000 off-track trial race down the Baja Peninsula. An exhilarating experience that puts you in the driver's seat.
DETAILS

Title: On Any Sunday