Blood - Memoir by the Jonas Brothers 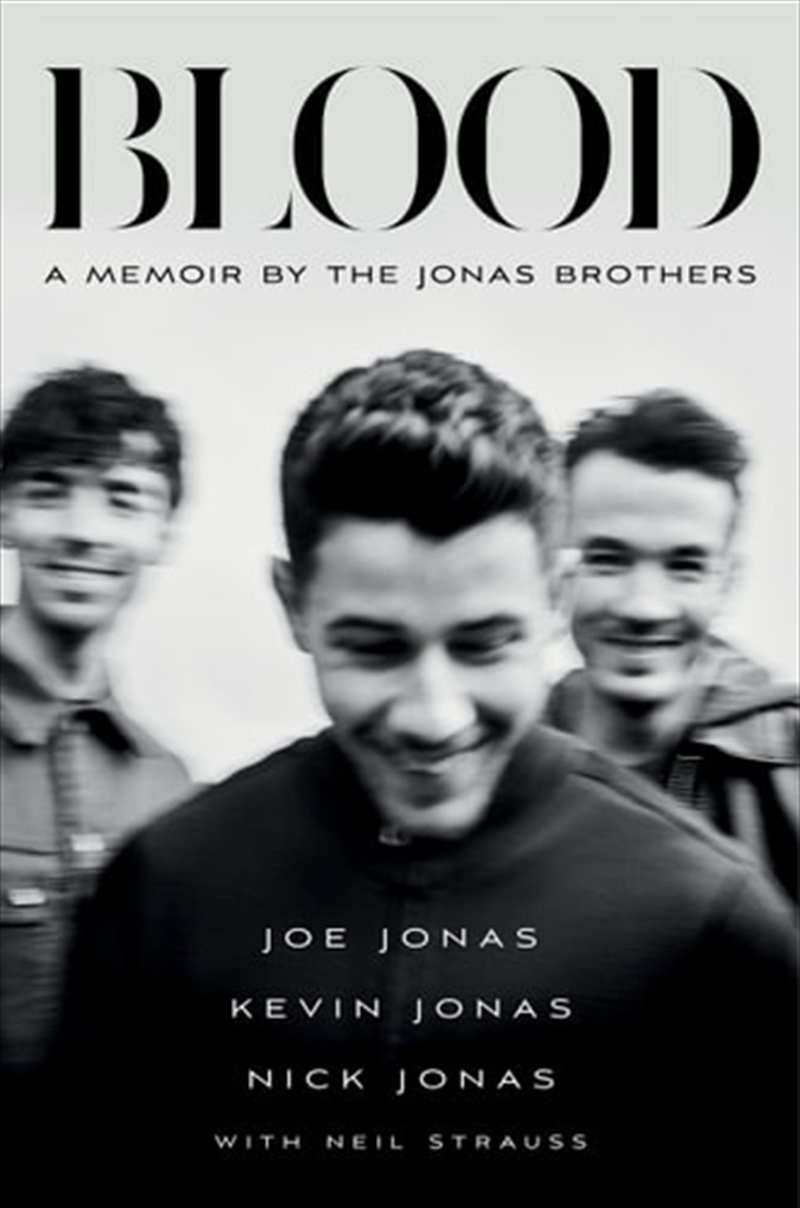 Blood - Memoir by the Jonas Brothers

With never-before-seen details, the phenomenal trio tell their incredible and often inspirational coming-of-age story from their Disney days to their reinvention as modern pop superstars who set the music world ablaze.

With their meteoric rise through the Disney roster and the Billboard charts, the Jonas Brothers defined what it meant to be a boy band in the mid 2000s, with their sold out stadiums of screaming fans, their numerous Grammy nominations, and their faces plastered across every tween's wall. Their explosive reunion in early 2019 was welcomed by many and especially the Billboard charts, where their album, Happiness Begins, debuted at number one, proving their evolution from nostalgic boy band act into a pop powerhouse to be reckoned with.

Now, for the first time, Kevin, Joe and Nick Jonas tell their story from their Disney days through their 7-year hiatus and eventual reunion. They share what it was like to grow up as sons of a musically inclined pastor whose congregation had strong opinions about their secular music career, analyze the definitive list of songs written about them after messy breakups (mostly about Joe), and ruminate on how they survived the spotlight that grinds down many a young superstar.