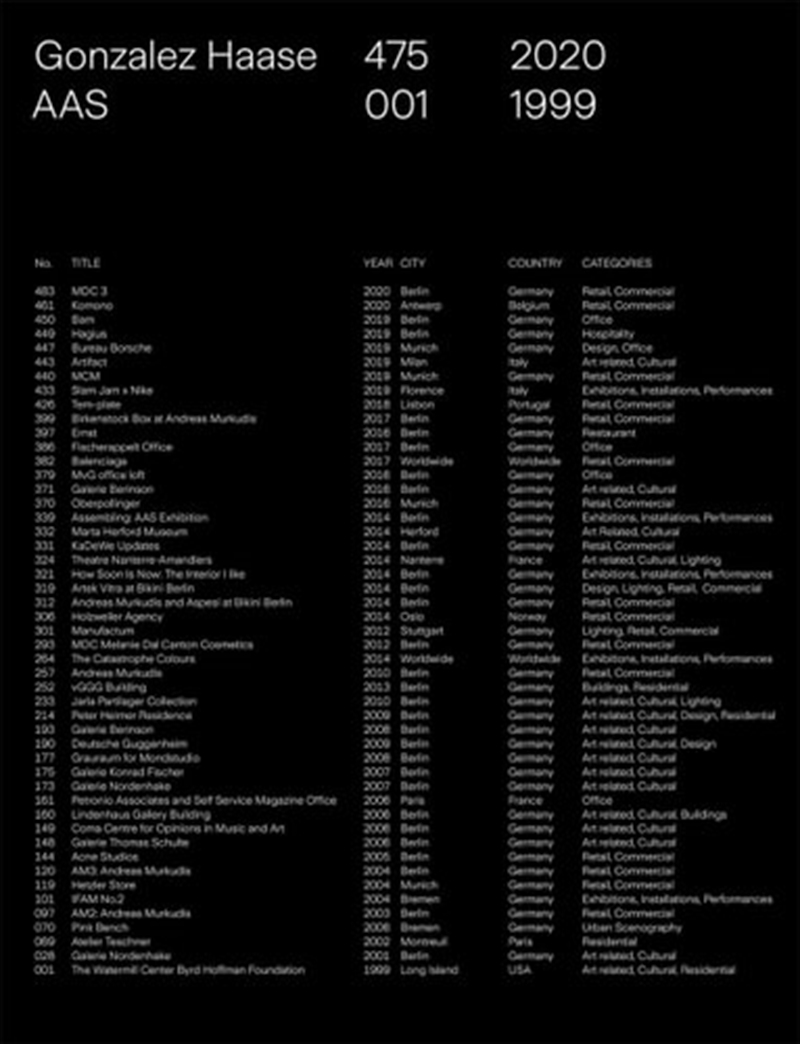 The Berlin design firm AAS, founded in 1999 and helmed by Pierre Jorge Gonzalez and Judith Haase, has established a formidable global reputation. Their purist yet offbeat style has left its mark on built spaces around the world, from large-scale art installations to retail stores to luxurious private dwellings to the Watermill Center Byrd Hoffman Foundation on Long Island. With a particular focus on skillfully staging the choreography of space and light, the duo have become icons in their field.

Drawing on the aesthetics of social media, this book functions like a stream of impressions and experiments with energetic image breaks. Bringing together 21 years and 475 projects, this massive and beautifully illustrated volume, designed by Gonzalez and Haase themselves, expresses AAS' dynamism; true to their own distinctive style, it is a typical AAS project.

Gonzalez Haase AAS was founded in 1999 by JUDITH HAASE and PIERRE JORGE GONZALEZ. With their unique style, the Berlin duo quickly established themselves as a design firm that is in high demand around the world. Their select concepts have shaped the design of numerous museums, exquisite offices and commercial spaces.