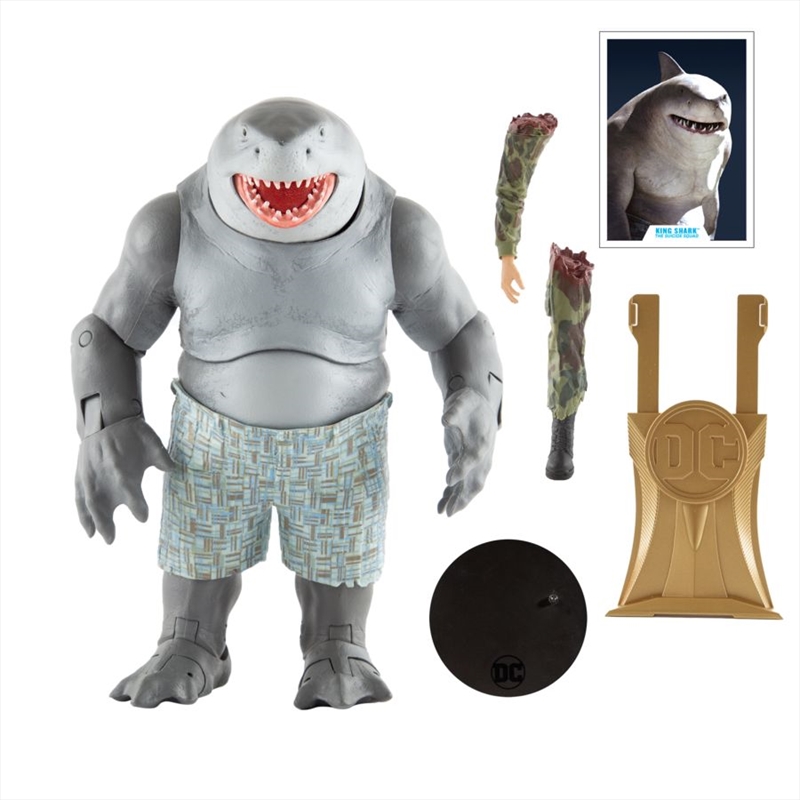 The enormous King Shark is half-human and half-shark, with a childlike naivete that belies the teeth beneath. Add to that a bite that far outcries his bark in this genetic experiment gone way awry, who is far more brawn than brains and always in the mood for his next meal, no matter who is on the menu... nom nom.

Megafigs are large figures to match their 7" scale figure counterparts based off the DC Multiverse
Designed with Ultra Articulation with up to 22 moving parts for full range of posing and play
King Shark figure is based on his look in the movie The Suicide Squad
King Shark figure features a moving jaw that can open and close
Includes 2 accessories, a collectable art card with holder, and a base