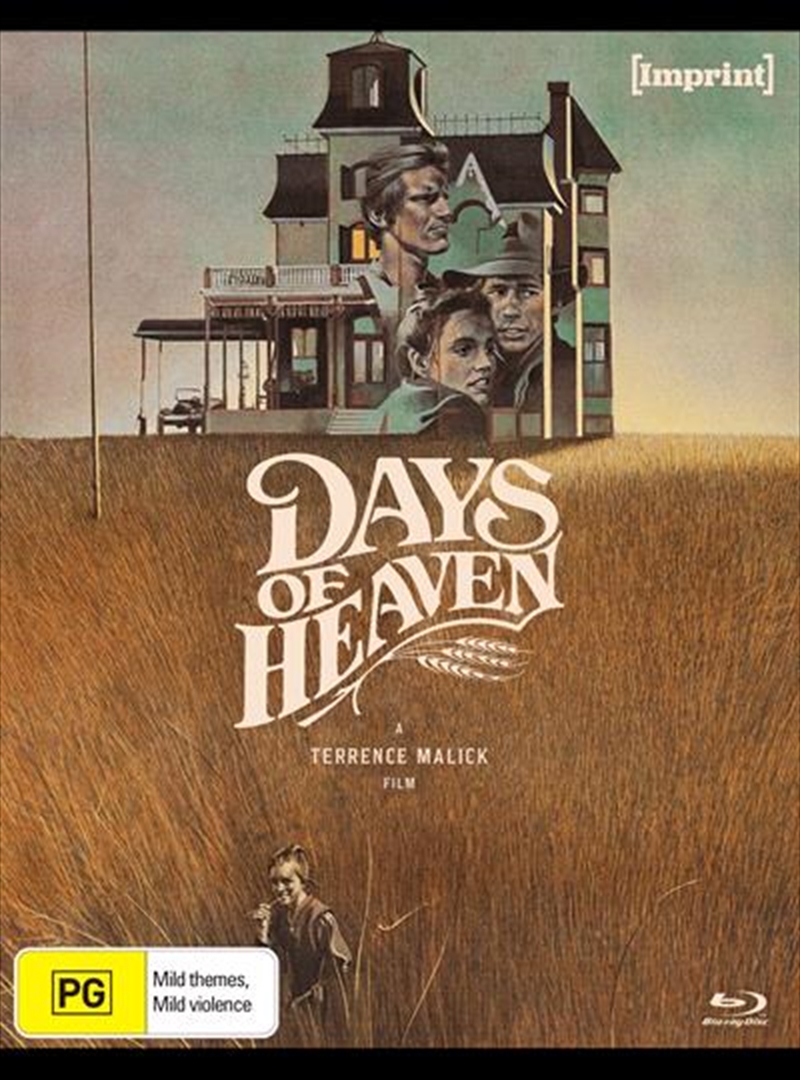 Shipping - See delivery options.
Postcode:
Quantity:
DESCRIPTION
Your eyes... Your ears... Your senses... will be overwhelmed

A story of a group of early 20th century itinerant workers who find themselves entangled in a deadly love triangle. Bill (Richard Gere) and Abby (Brooke Adams) are lovers who are forced to flee Chicago after Bill accidentally murders his foreman. Together, with Bills little sister, Linda (Linda Manz), they settle on the land of a wealthy farmer (Sam Shepard) and spend their days working in the wheat fields. Bill discovers that the farmer is terminally ill and convinces Abby to marry him so they can inherit his fortune. As the days progress, it becomes apparent that the farmer isnt getting any sicker, and when he discovers that Abby and Bill had initially set out to con him, their carefree existence comes to a deadly end. Terrence Malick's follow up to BADLANDS is an exquisitely photographed story has since become one of the most acclaimed films of its decade.
TRAILER
DETAILS