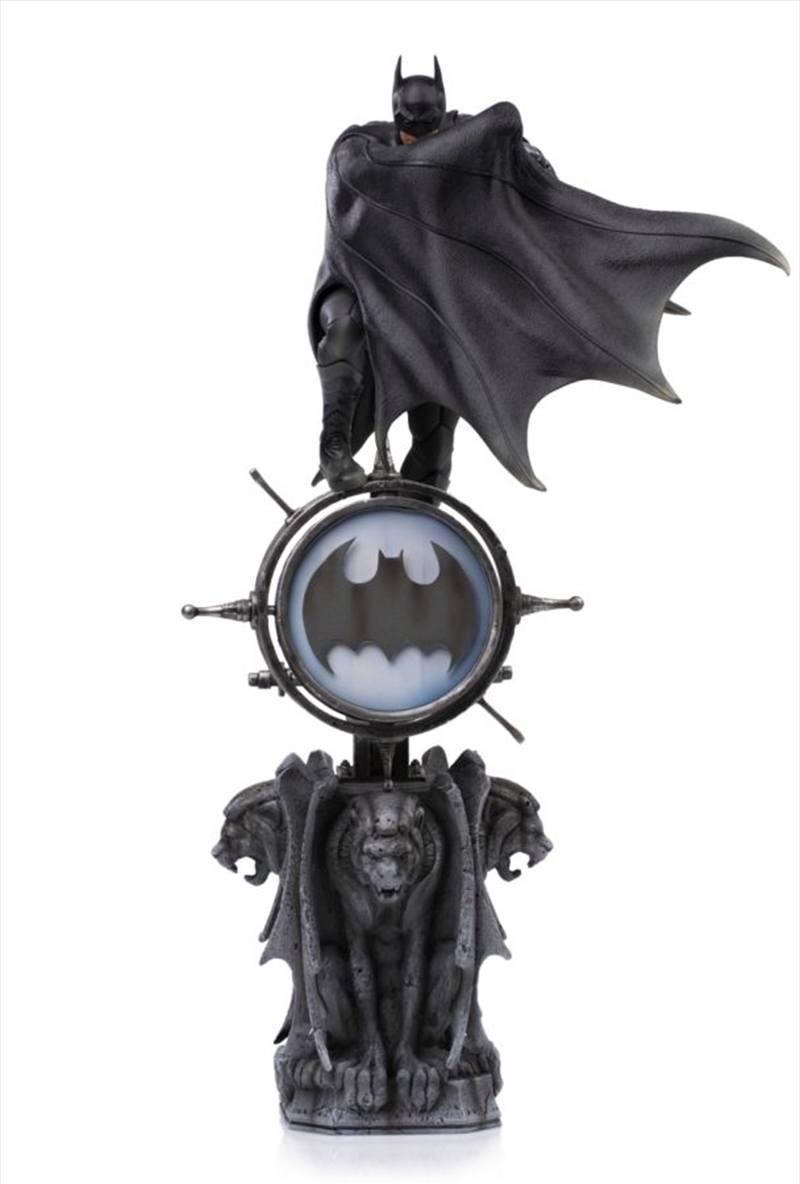 A concrete totem-shaped base, surrounded by gargoyles shaped like Chimeras, serves as a platform for one of Gotham's most striking symbols, the Bat-signal, which is a powerful spotlight used by law enforcement officers led by the admirable Commissioner Jim Gordon. The Bat sign is used to summon Gotham City's most dedicated defender. With his symbol reflected in the skies, the Dark Knight answers the call and scales the artifact, hidden by the shadows of his dense black cape that surrounds his body, like the great wings of a bat, symbol of his identity and cause.

In the sequel of the movie Batman (1989), actor Michael Keaton, in the role of Bruce Wayne/Batman, once again re-emerges as the city's protective agent, acting alongside the police force in fighting crime. The challenge of this crusade becomes even greater with the appearance of the Red Triangle Circus Gang led by the fearsome Penguin (Danny DeVito), a villain rejected from his origins, abandoned by his aristocratic parents due to his congenital deformities, who returns seeking revenge. The enigmatic Catwoman (Michelle Pfeiffer), the feline villain who has a romantic and troubled relationship with the night hero. Both villains are manipulated by the corrupt tycoon Max Shreck (Christopher Walken) and his illicit schemes for greed and power.